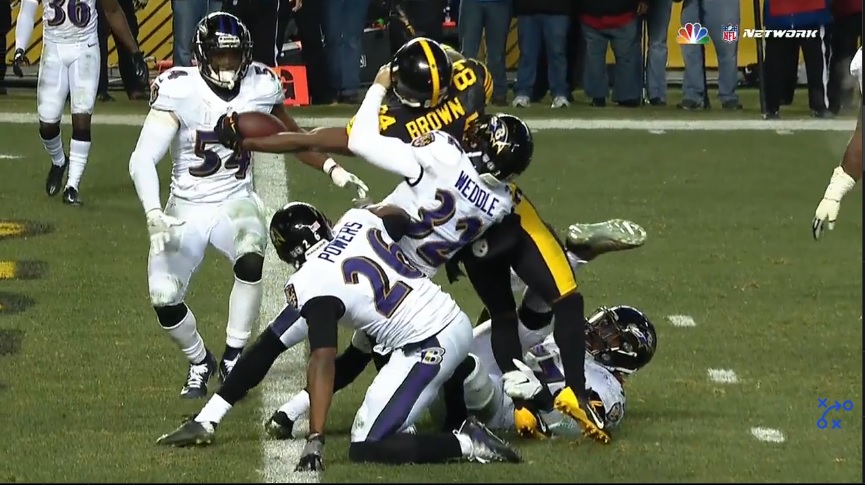 No, the Pittsburgh Steelers aren’t going anywhere. The stadium they enter Week 2 against New England will be the same place they’ve played at since 2001. But in a surprising move, it will be under a new name, Acrisure Stadium, replacing the original and popular Heinz Field.

With the Heinz Field name chapter now closed, let’s look back at the top five moments under its moniker.

The first moment that came to my mind, a sentiment I’m sure most fans would agree with. The biggest play in the biggest game at the venue, Polamalu picked off Joe Flacco and zagged to his right with great blocking in front to hoist the ball over the goal line. That play punched Pittsburgh’s ticket to the Super Bowl, one they’d win over the Arizona Cardinals. The electricity through the crowd after that moment was never matched.

It’s no coincidence that big plays to send Baltimore home crying gets you VIP seats on this list. Playing on Christmas Day, Pittsburgh played from behind for most of the second half, including the Ravens retaking the lead with less than 90 seconds to go. In a classic Ben Roethlisberger moment, he drove the Steelers down to the Ravens’ four.

With 13 seconds left and no timeouts to spare, Roethlisberger hit Antonio Brown on a quick slant over the middle. Initially, he was stopped short of the goal line but bullied his way over the goal line, reaching the ball over the goal line to break the plane. Touchdown, Steelers. It won the game and the AFC North. What a moment.

A buzzer-beater win in a bonkers game. A 38-point fourth quarter resulted in one of the best endings in team history, Pittsburgh’s loss felt inevitable. Down six points and facing 1st and 10 on the Packers’ 34, Roethlisberger hit Heath Miller for a 15-yard gain but caused the Steelers to burn their final timeout. Two incompletions later faced Pittsburgh with third down and three seconds left.

Roethlisberger dropped way back, hitched up, and connected with him, Wallace making a tip-toe catch along the sideline for the score. With the extra point, one where LS Greg Warren unfortunately tore his ACL on, Pittsburgh won the game. Not considering playoff implications, this was the team’s wildest win.

Ben Roethlisberger and Heinz Field’s final game. Football poetry. Both were sent off in grand fashion, beating the Browns on a Monday night. Roethlisberger nor the Steelers’ offense were electric, but he threw one final touchdown pass, hitting Diontae Johnson, while Najee Harris ushered in a new era with 188 yards on the ground, capped off by a 37-yard touchdown to seal the deal.

Roethlisberger stayed on the field after the game and took a lap around the stadium to celebrate and thank fans. Don’t think there was a dry eye in the stadium that night.

Jerome Bettis had countless great moments in Pittsburgh, but none sum him up as well as watching him bowl over LB Brian Urlacher in the snow. Over his final two seasons, Bettis became a goal line vulture, largely seeing only a handful of carries per game with some funky-looking stat lines. But Pittsburgh put on the snow tires to play the Bears in 2005 and Bettis turned back the clock. He carried the ball 17 times for 101 yards and two touchdowns, none more memorable than his five-yard truck stick of Urlacher into the end zone. A run that’s been replayed countless times, including when Bettis got the call into Canton.

That win broke a three-game losing streak and put Pittsburgh back on track to get in the playoffs and win its fifth Super Bowl. Final stop, Detroit, Michigan, Bettis’ hometown. It started with that run and ended with a ring.

Going to show you guys the sideline view from the live broadcast because you’ve seen the other angles a thousand times and this vantage point is pretty cool.

And hey, shoutout Dan Kreider for the A+ lead block. Fullbacks need some love, too.