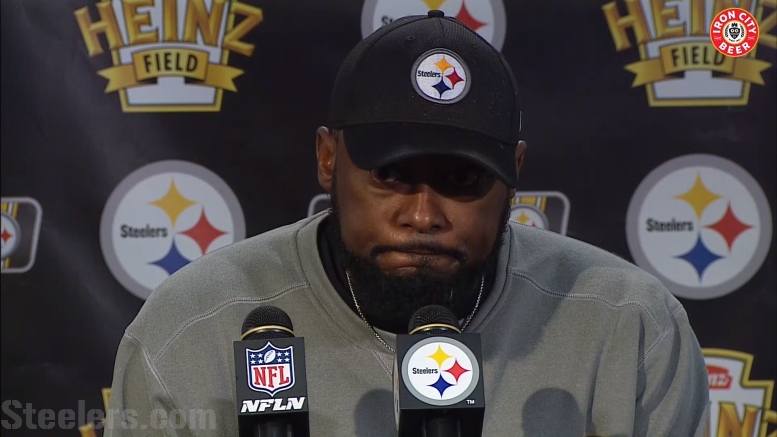 I consider myself a diehard Steelers fan.

I was made a fan of the team at age seven under my father’s watchful eye, going so far as to threaten to disown me as a son when I mentioned to him that I thought I wanted to be a Lions fan while watching the two play in a preseason game back then.

The decision ended up saving me from a life of disappointment as a sports fan as Pittsburgh would go on to make the Super Bowl three times in a five-year span, winning two of them thus cementing my status as a fan from childhood.

However, I would be lying if I said that I didn’t think that the team has underachieved over the last several years. I thought that the Killer B’s with Ben Roethlisberger, Le’Veon Bell, Antonio Brown, and Martavis Bryant were the most dominant offensive skill group I have ever seen on the Steelers combining with the freaky athleticism of Ryan Shazier, Bud Dupree, and others on the defense to propel Pittsburgh to at least one Super Bowl appearance.

That appearance never came as Shazier’s career ended abruptly, Bryant and Brown forced Pittsburgh’s hand to trade both of them, and Bell decided to hold out the entire 2018 season.

While scrolling through Steelers Depot’s timeline, I came across a tweet by NFL on CBS that I knew was a fact, but had to double-take the teams that Pittsburgh was included with:

Strange to see the Steelers on a list regarding playoff futility. pic.twitter.com/a7TAikfB8e

Can we throw out 2019 when Ben Roethlisberger was lost for the season? Sure. How about last season when Pittsburgh limped into the playoffs as the final seed with no one giving them a chance to beat the Kansas City Chiefs? I mean, the defense managed to give Pittsburgh the lead to start the game, but the offense couldn’t do virtually anything all night, leading to a 42-21 beat down. Ok, let’s throw that one out too. What about 2020 where the team started the season 11-0 and then stalled on their way down the stretch? Or what about 2017 when they had all the Killer B’s healthy and got beat at home by the Jacksonville Jaguars?

Eventually, excuses can no longer be made for a team who’s saying is “The Standard is the Standard”.

Seeing Pittsburgh on a list with the likes of the Detroit Lions, the New York Giants, and the New York Jets when it comes to recent playoff success is frankly disappointing given those teams are often associated with some of the bottom-feeders of the NFL year-after-year. Notice how teams like the Houston Texans with their crazy front office and legal issues didn’t make this list. Neither did the Jaguars, a team that has since imploded since dismissing Pittsburgh from the playoffs in 2017 and has held the #1 overall pick in back-to-back years and had to unceremoniously fire their head coach last offseason as the team tries to find a sense of identity.

That isn’t an issue for the Steelers who have been one of the most stable franchises in the league for decades. Another tweet shared on Steelers Depot’s Twitter feed would attest to that.

Most wins in the #NFL since 1980. pic.twitter.com/qp93nnaVVi

It’s been often stated that Mike Tomlin has never had a losing season as the Pittsburgh Steelers head coach. In a league where things change rapidly year after year and men are playing and coaching for their careers on a weekly basis, that is an impressive stat after leading the team the last 15 seasons.

However, not having a losing season isn’t The Standard for the Pittsburgh Steelers.

Competing for championships is. Mike Tomlin said just as much multiple times over the years and most recently on The Pivot Podcast.

Tomlin has said that he doesn’t want to take comfort in his “greatness”, knowing that there is still work to be done. Honestly, I completely agree with that sentiment, as while he is the man “in the chair” as the head coach of the Pittsburgh Steelers, that title comes with a standard and an expectation of greatness. Not having a losing season doesn’t count. Neither does simply making the playoffs. The Standard is winning playoff games, representing the AFC in the Super Bowl, and winning the dang thing. Tomlin understands this all too well.

Mike Tomlin says never having a losing season isn't cause for celebration.

It's the standard. #Steelers #NFL pic.twitter.com/VMU1WB5IDM

“First of all, I’m looking forward to the anxiety associated with that uncertainty. With having to stand and deliver,” Tomlin said to Crowder, Clark and Taylor, according to video via The Pivot Podcast’s official YouTube page. “To live out what we believe in, The Standard is the Standard.”

Mike Tomlin has always been a man good with his words. He has the right intentions. Still, this is a results-driven business, and following in the footsteps of two Hall of Famers as the head coach of the Pittsburgh Steelers, it’s about time that the team starts to deliver with “The Standard” in mind.

What are your thoughts on the Pittsburgh Steelers recent playoff results? Do you think that the lack of a playoff victory has been due to unfair circumstances, or that the team has failed to meet the standard set by the organization? Do you think that the team stability and lack of a losing season in the last 15 years make up for this lack of recent playoff success? Please leave your thoughts in the comments section below and thanks again for reading!