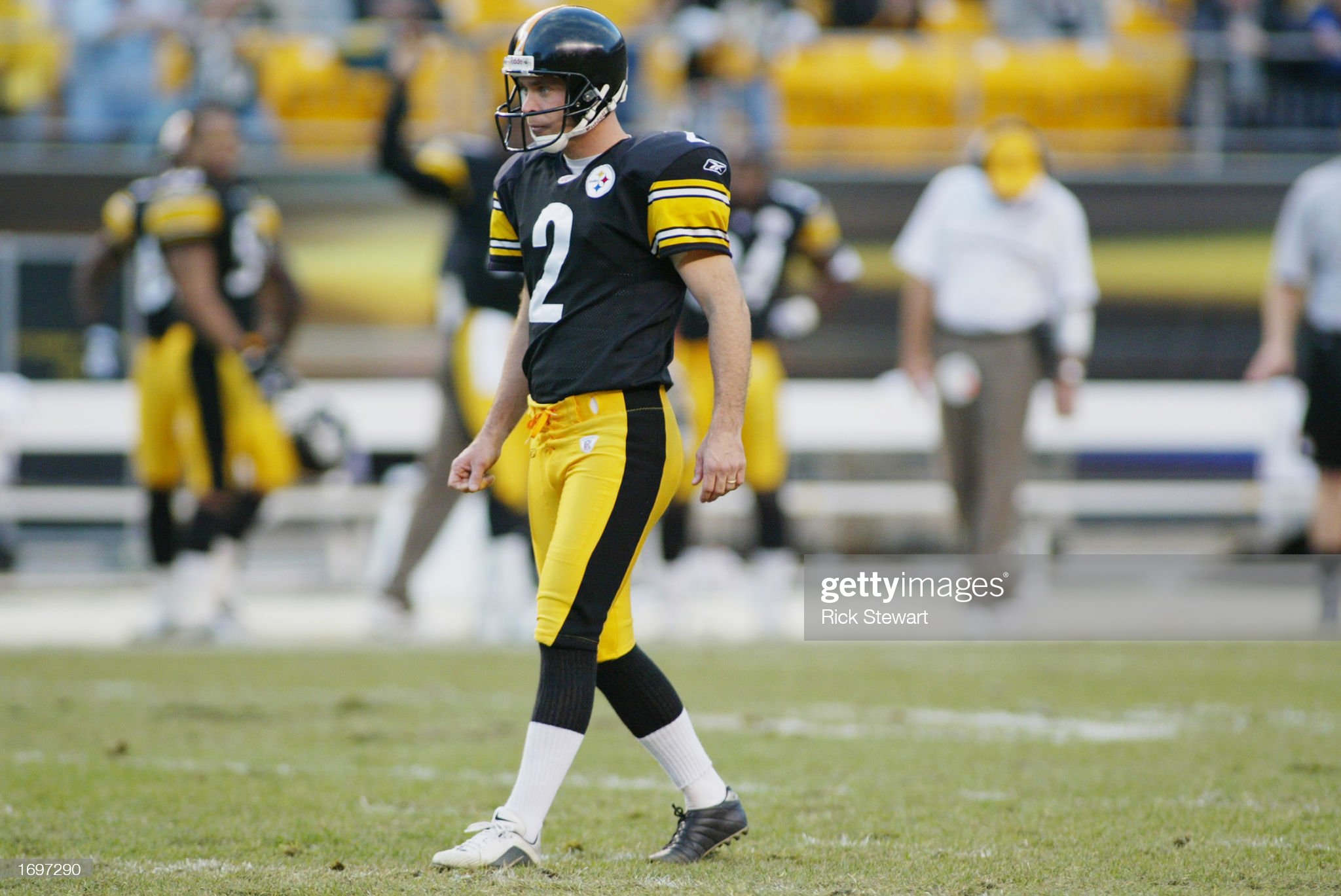 Props to our own David Orochena for brainstorming this idea. In Joe Clark’s article on the terrible, no good, very bad Josh Scobee trade, Orochena pointed out Pro Football Reference gave Scobee an Approximate Value – their cumultiative stat that tells how productive a player was in a given year – a negative one for his time in Pittsburgh.

To some of you, that means nothing but to me, it means a lot. I didn’t know PFR could even hand out negative scores with their AV. I thought the floor was zero. Turns out, you can keep digging past the bottom and into negative territory. Everyone knew how bad Scobee was but his season puts him in rare Steelers’ territory.

So using their Approximate Value as our guide, there are four Steelers to ever fall into the red, the negative marks. Let’s talk about them. It’s worth noting these are all specialists, really all kickers, but we’ll explore the depths of their awful performances.

Starting with the most recent and working backwards. Clark already laid out the failure that was Scobee so I’ll just summarize from here. Traded from Jacksonville after the Hall of Fame Game’s chewed up turf ended Shaun Suisham’s season, the Steelers eventually brought Scobee in as a stable, trustworthy, veteran replacement.

How wrong they were. He’d last just four games before Pittsburgh cut bait. He went just 6/7 on extra points, back in the era when those were layups that should be missed once in a career, not once in a season, while going just 6/10 on field goals. From 40+ yards out, he was a coin flip. Actually, worse than a coin flip, going 3/7. The only good thing that came out of it was finding Chris Boswell, now one of the best kickers in football.

Only one Steeler on this list had a negative AV and played in fewer games than Scobee’s four. You’ll find out who soon.

Peterson missed a 39-yarder in the opener against New England (Scobee also missed a kick in his opener also against New England so this is getting weird) before missing a 24-yard field goal against the Browns a few weeks later though in al fairness, that one was blocked, not outright whiffed. He missed two more kicks across Weeks 6-7, including a 32-yarder. The misses kept racking up and came to a head in Week 11, going 0/2 on field goals in a 31-23 loss to the Titans, a game we just highlighted with Terance Mathis.

A 31-yarder in the first quarter and 37-yarder right before halftime forced Pittsburgh to attempt a furious fourth-quarter comeback in a game they ultimately came up short. Pittsburgh threw in the towel on him after that, placing him on IR for the rest of the season. Perhaps an injury did severely hamper his play. It certainly would explain his struggles. But the Steelers had little interest in trying to revive his career, releasing him the following February. Finding Jeff Reed, signed as his replacement, made that decision pretty easy.

It’s scary the parallels between Peterson and Scobee. The path to Pittsburgh, the numbers, finding highly successful kickers right after. Very strange.

We briefly mentioned Trout two two years. Originally with the team in 1981, he rejoined them during the strike-shortened 1987 season as a replacement player, making his time between stints with the Steelers one of the longest in team history (though not the longest: see Plaxico Burress and probably others). Trout wasn’t in Pittsburgh for a long time. Nor was he there for a good time. He did make all ten of his extra points but missed his two field goal attempts, both chip shots, before the strike ended and his services were no longer needed.

Trout’s three games are the fewest on the list to receive a negative AV score and I’m surprised he got one for missing just two kicks. Of course, he didn’t make any other, which certainly doesn’t help. 1987 was the end of his NFL career. Luckily, his career AV is in the positives at +1.

Mingo is a man I’ve been wanting to write about for awhile. Chuck Noll’s first kicker in Pittsburgh, he played for the team in 1969 and 1970. He’s best known for being the first black kicker in NFL history, breaking into the league in 1960 with Denver and finishing with career with the Steelers a decade later.

Back then, field goal percentages were much worse than they are today, anything above 50% felt acceptable, but Mingo’s 1970 season was bad even adjusted for era. He went a whopping 5/18 on field goal attempts, 27.8% though he did connect on all 17 of his extra points. To offer a little grace, three of those misses came from 50+ yards out and you gotta wonder why they were attempted at all. Even removing those, that puts him at 33.3% for the season. He went just 1/6 on field goals between 20-29 yards, an astoundingly bad figure. Maybe some of those were blocked or muffed, I’m not sure, but they were literal chipshots that turned into a futile challenge.

That 27.8 field goal percentage is the 14th worst in NFL history of players with 15+ attempts. You’re probably surprised to learn it’s not #1 but that “honor” belongs to 1965’s Bob Timberlake, who went 1/15 (6.7%). At some point ‘ol Bob probably should’ve stopped kicking. Funny enough, his lone make came against the Steelers.

While not the worst ever, Mingo’s season was terrible and it’s surprising to see him only receive a negative one. Even given the year, it’s one of the worst kicking seasons in Steelers’ history.

I know this list may have slightly disappointed with it being a bunch of bad kickers. So let me leave you with this. Here are the worst AVs of non-kickers in NFL history.