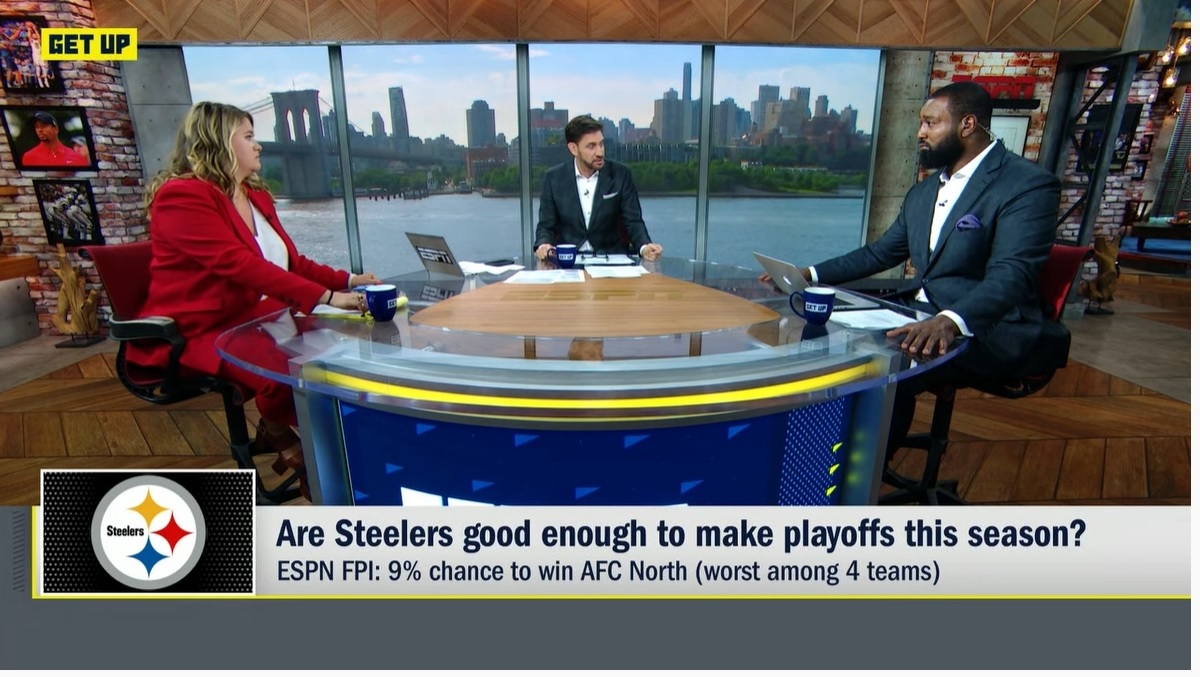 Not everyone is counting out the Pittsburgh Steelers. Appearing on ESPN’s Get Up Thursday morning, Chris Canty went to bat for the black and gold, arguing the Steelers can still make the playoffs even in the post-Roethlisberger era. Canty cited Pittsburgh’s strong defense as the biggest reason why they can remain contenders.

“They still got Mike Tomlin?” Canty rhetorically asked host Mike Greenberg, a fellow believer. “They still got the reigning, defending sack champ two years in a row with T.J. Watt, Cam Hayward, Minkah Fitzpatrick? This team can make the playoffs and they can win playoff games. I’m buying into the Pittsburgh Steelers.”

Watt is among football’s most dominant defensive presences. As Canty noted, Watt has led the league in sacks two years running with 15 in 2020 and a whopping 22.5 last season, tying Michael Strahan’s NFL record. No player in history has led the league three years running and only one player in history has recorded consecutive 20 sack seasons, Deacon Jones in 1967-1968, an unofficial figure tallied by Pro Football Reference.

Paired with Cam Heyward, Watt makes up a strong defensive line/EDGE rush room. But Pittsburgh will need more out of its front seven as a whole. Relying on stars clearly wasn’t enough in 2021 when the Steelers’ defense slipped, tanking against the run and allowing the 20th-most points per game, down from the third-best scoring defense a year ago. There’s reason for optimism the defense will rebound but Pittsburgh isn’t coming off the strong season they’re accustomed to.

Still, most of the Steelers’ questions remain on the offensive side of the ball, including quarterback where the team is determining who will begin writing the next chapter, Mitch Trubisky or Kenny Pickett. Pittsburgh’s offensive line has been upgraded but also remains in flux and will be the team’s X-Factor, just as it was last year. In 2021, that unit failed and so the rest of the offense struggled. But Canty thinks the defense will offer plenty of margin

“I’m buying into the Pittsburgh Steelers. You’re talking about a franchise since 2016, that’s got three division titles, four playoff appearances, and they’ve never finished worse than second in the AFC North.”

Pittsburgh’s remained successful, even making the playoffs last year, but a postseason win still eludes them. Along the way include upset losses to the Jaguars, Browns, and last year’s blowout loss to the Chiefs. It’s the team’s longest such streak since the early days of Chuck Noll. For the Steelers, it’s an unacceptable drought that must be rectified sooner than later.