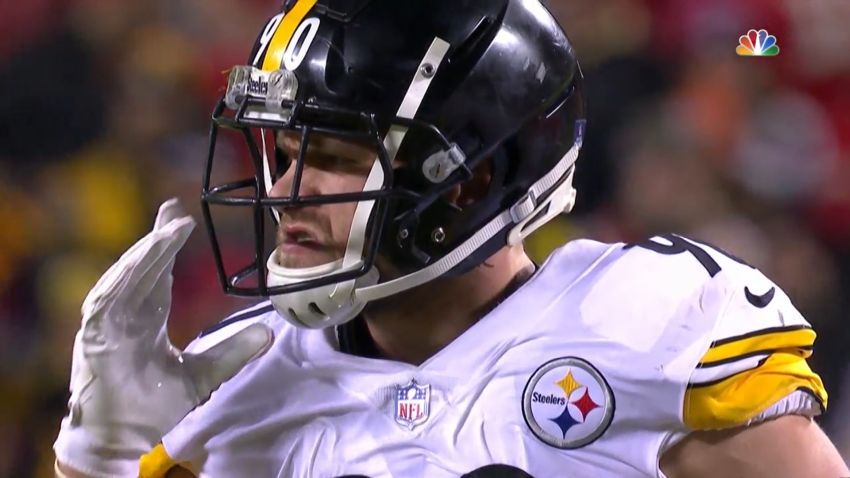 Finally last season, after coming in as the first or second runner-up in 2019 and ’20, Steelers star pass rusher T.J. Watt got his due, taking home the AP Defensive Player of the Year Award. While putting his stamp all over the Steelers’ record books, he also claimed a piece of league history, as he tied the single-season sack record of 225, set by the Giants’ Michael Strahan back in 2001. Without missing two full games, and playing in only one half of several others, Watt undoubtedly would’ve claimed that record all to himself. Many will argue, myself included, that Watt should’ve been claiming his second-straight DPOY Award, as he was robbed in ’20 when despite better stats in almost every category, the award was given to Aaron Donald. Now at the mountaintop, what does Watt have to do to successfully defend his crown and go for his second-consecutive award?

Only eight players have won the award more than once, including T.J.’s own Brother, J.J. , who’s won it on three different occasions, including going back-to-back in 2014 and ’15. If we look at T.J.’s career trajectory over his first five seasons in the league, he’s improved his sack totals in every single year. Currently standing at 72 career sacks, at this point it’s a formality that he will shatter the Steelers’ career sacks record this season, barring injury. James Harrison is currently in first place, with 80.5 so obviously Watt will need nine sacks to overtake him, something that he should accomplish probably by midseason.

He was a wrecking ball last season, and it was made all the more impressive by the amount of double and triple-teams he faced, as the Steelers’ defense last year was ravaged by injuries, thus allowing more attention to be paid to Watt. His outside linebacker counterpart, Alex Highsmith, ended last season on a high note, and has been on-record stating he wants to get into double-digit sacks himself this season, so if his game has taken the next step, he’s another name to be accounted for. Watt should also benefit from the team’s acquisition of Larry Ogunjobi, whom the team signed to offset the loss of Stephon Tuitt. Guys like these two have to be accounted for, and shouldn’t provide offenses the same luxury as they had last year to devote extra attention to Watt.

Watt garnered 42 of the 50 total votes needed to win last season, so he basically won in a landslide, beating out Donald and talented rookie linebacker Micah Parsons. Parsons is one name to keep an eye on in regards to this, as his freaky talent level allowed him to be deployed all over the place last year, instead of just strictly rushing the passer. According to FanDuel, Cleveland’s Myles Garrett is currently the favorite to win the award, at +700 odds, followed by Watt at +800. I don’t see how this is the case, whenever newly-acquired QB Deshaun Watson potentially may be suspended for the entire season, leaving the team in the hands of Jacoby Brissett. Expecting anything more than a .500 season, at best, from that seems perplexing to me. Garrett is a freak of nature, and even was given a 99 in the latest Madden video game rankings, ahead of Watt. Watt should be used to being overlooked by now, but I don’t see how Garrett should be favored to win this award when his team may go 6-11.

Watt has been in the final conversation for this award every year over the past few seasons, obviously winning it last year, so I feel like nothing will change again in that regard this year. Barring injury, he should be in attendance at the 2023 NFL Honors ceremony. To win the award, I think it will take a Herculean effort on his part, as the defense will be looked upon to make up for any inconsistencies by a new offense implementing a new QB in. Watt is the straw that stirs the drink for the Steelers’ defense, and will be looked upon again by head coach Mike Tomlin as they look to get back to the postseason.

Wrap up the franchise sacks record, which I think he will do in short order, comes first. This franchise is known more than any other for their acclaimed defenses, and Watt making it to that mountaintop in only year six is very eye-opening, as he’s most definitely on a Hall Of Fame trajectory. As stated earlier, his sack numbers have went up each and every year he’s been in the league, and if that continues, we will indeed have a new single-season sacks record, barring injury. If that happens, I believe Watt will take home some more hardware.