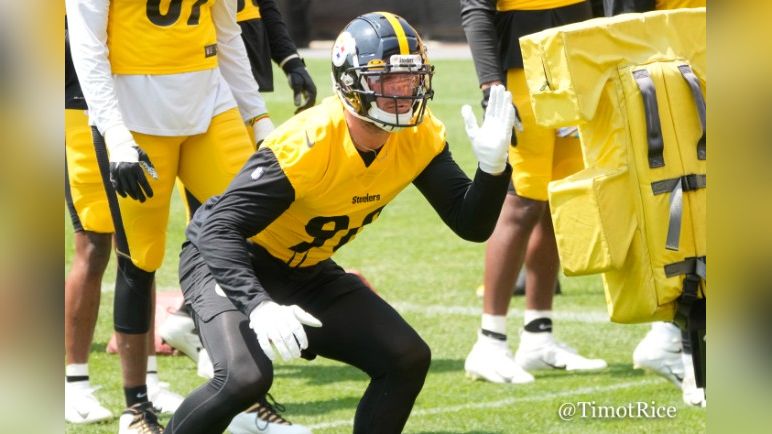 Being an NFL football player, it can be easy to expect to be treated with the nicest facilities and equipment that money can buy. As a former team operation intern for the Minnesota Vikings back in 2018 when their new facility in Eagan, MN debuted, my eyes were opened the extravagance that NFL teams must splurge on their players, sparing no expense to have the nicest practice fields, meeting rooms, locker rooms, and cafeteria I have ever seen in my life.

That isn’t exactly the case as St. Vincent College in Latrobe PA.

St. Vincent College is a small school that has most of its sports compete at the Division III level in the NCAA, a far cry from the prestigious universities that many players of the Pittsburgh Steelers used to call home during their college days. Still, while Latrobe may not be the same luxurious experience like the TCO Performance Center in Eagan or The Star in Frisco, TX, reigning NFL Defensive Player of the Year T.J. Watt said that the best thing the team can do is to embrace the experience that comes with having training camp in Latrobe, PA.

“I tell guys to embrace it,” Watt  told reporters as transcribed by Steelers.com’s Teresa Varley excellent Day One camp blog. “It’s a small cafeteria, a small dormitory. You can look at it one of two ways. You can be man, ‘I wish I was back in Pittsburgh.’ Or you can embrace it and say I love the tradition; I love the history of this place. Really just take it all in and put your best foot forward. I think that is the most important thing for these young guys.”

While Latrobe may not have the lavish appeal as the facilities back at home in Pittsburgh or other training camp locations across the league, there is a strong history of training camp occurring at the site famously named Chuck Noll Field, dating back to when Noll’s Steeler teams of the 70s were in a period of dominance, winning four Super Bowls during that span. Saint Vincent has been the training camp destination for the Pittsburgh Steelers since 1966, with the only two instances of the team not reporting to Latrobe, PA being due to the COVID pandemic the previous two seasons.

Head Coach Mike Tomlin reiterated these statements in a preview video on the Steelers website, calling Latrobe and St. Vincent College “a nostalgic venue”. When you think of all of the Super Bowls teams, All-Pro and Pro Bowl players, as well as prominent owners, front office executives, and players that have called Latrobe home over the years, it’s no wonder why the team continues its long-standing tradition of returning there for training camp.

Watt sees the opportunity to take part in training camp at Latrobe as a blessing, regardless of what you think about the town or the college itself.

“We have to remember we are living our dreams. This is the best job in the world. This is what we dreamt of as kids. Don’t think for a second that you are better than Latrobe, because you are not.”