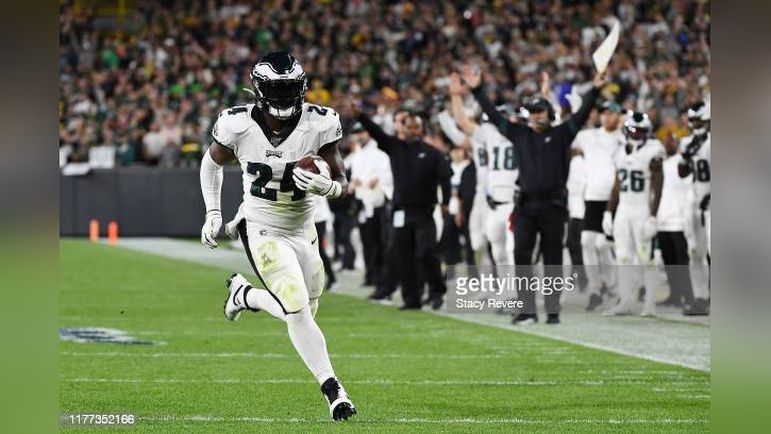 The Pittsburgh Steelers are getting their summer rolodex updated, working out four players according to Pro Football Network’s Aaron Wilson. The most notable name on the list is RB Jordan Howard. Others include RB Josh Adams, DT Mike Panasiuk and DT Hauati Pututau.

Howard, still just 27, is best known for his time with the Chicago Bears from 2016 to 2018. He made the Pro Bowl as a rookie and rushed for over 1100 yards each of his first two years. He recently worked out for the New Orleans Saints but did not sign. He appeared in seven games for the Philadelphia Eagles last season, carrying the ball 86 times for 406 yards and three touchdowns.

Adams hails from Notre Dame and began his career with the Eagles. In 2018, he carried the ball 120 times with three rushing scores. Since, he’s spent time with the New York Jets, appearing in just one game last season. Check out our pre-draft profile on him at the link here.

Panasiuk is a DT who played his college ball at Michigan State. As a senior in 2019, he recorded ten tackles for loss and three sacks. He’s spent NFL time with the Carolina Panthers but has yet to appear in a regular season game. He spent last season on IR.

Pututau is another DT hailing from Utah. An undrafted rookie, he put up 4.5 tackles for loss and three sacks last season for the Utes while also deflecting four passes. He had previously spent time with the Green Bay Packers.

Pittsburgh appears to be updating its list of names should they need to make roster moves at those position groups this summer. We’ll let you know if the team signs any of those four players but a move doesn’t seem imminent unless there’s an injury situation we’re not aware of. Generally speaking, Pittsburgh has been healthy through the first three days of camp, though they’ve yet to put on any pads.