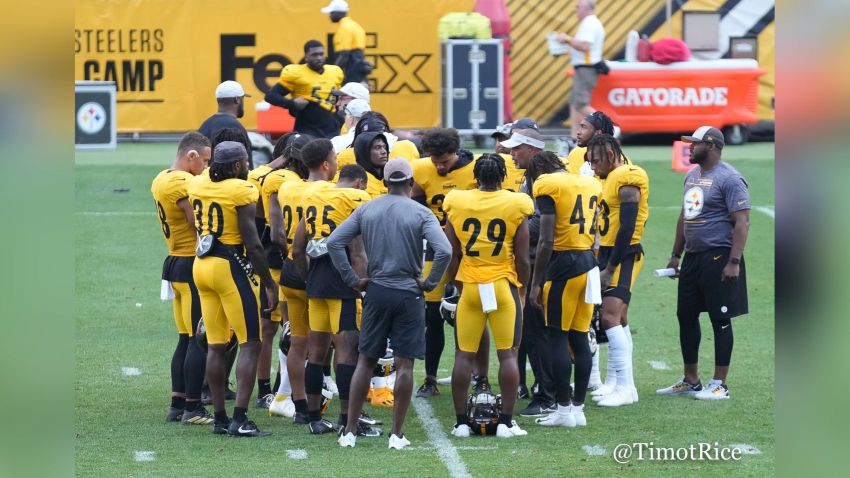 With Pittsburgh Steelers training camp kicking off next week, a few players talked about the importance of gathering as a group to prepare for the upcoming season in a video posted on the team’s website.

“Being under one roof, it’s very unique. Camaraderie can never be measured. We are all doing this together and that makes us continue to bond and continue to learn together,” defensive lineman Cam Heyward said.

Safety Terrell Edmunds echoed Heyward’s statement. “Honestly, I think it is big, because being in that atmosphere where you have to team bond, you have to bond with the guys. You’re seeing guys, and we are all just over there trying to do stuff together and I think that really brings us together as a team,” Edmunds said.

Camaraderie and team chemistry are one of the most underrated yet most important things that go into a football team. Everyone has to be on the same page, and if everyone likes each other and wants to play for one another and not just themselves, it elevates the play on the field. For the Steelers, that’s going to be more important than ever this year with the departure of Ben Roethlisberger, who served as the team’s starting quarterback since 2004. With a new leader coming in under center, getting to know one another and building and maintaining a winning culture is going to be supremely important during training camp.

Pittsburgh has veteran leaders in almost every spot defensively, whether it be Heyward, outside linebacker T.J. Watt, Edmunds, safety Minkah Fitzpatrick or defensive tackle Tyson Alualu. Running back Najee Harris will likely take more of a leadership role in his sophomore year, and both Mason Rudolph and Mitch Trubisky have starting experience, with Trubisky, in particular, being praised for his leadership by former teammates.

The Steelers are a team that won’t be short on leadership, and that leadership has to set the tone and build the camaraderie Heyward talked about early on in camp. It’s important to get everyone on the same page, and the Steelers will look to do so early on in camp. Even though most of the leadership is on the defensive side of the ball, everyone being together can help breed that leadership on all sides of the ball. Just being around and watching someone like Heyward, who by all accounts is a consummate professional, can help show other guys how to lead a group and build that camaraderie, leadership and accountability.

With training camp finally opening, it’ll be interesting to see and hear who takes over as a leader and how the Steelers work together and build camaraderie at St. Vincent College.