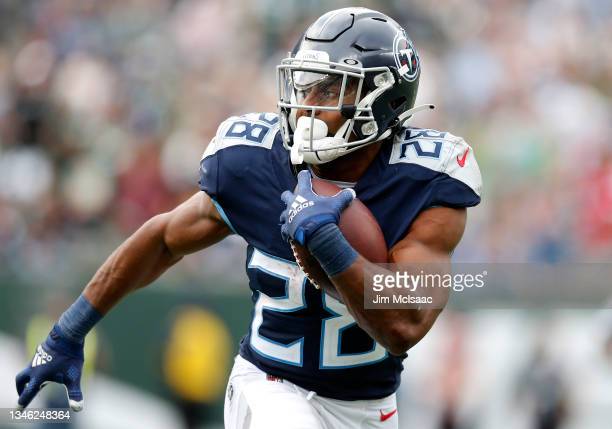 The Pittsburgh Steelers have signed veteran RB Jeremy McNichols to a one-year deal, the team announced Tuesday as it reports to training camp.

We have signed RB Jeremy McNichols to a one-year contract.

To make room on the 90-man roster, we released RB Trey Edmunds. @BordasLaw

A fifth-round pick of Tampa Bay in the 2017 draft out of Boise State, he spent the last two seasons in Tennessee. In 2021, he carried the ball 41 times for 156 yards while showing his versatility, catching 28 passes out of the backfield. He never appeared in a game for the Buccaneers and has bounced around throughout his career, spending time with the 49ers, Colts, Jaguars, and Titans.

Though he has only 130 career NFL touches, it’s worth noting he’s yet to fumble.

He’ll add veteran depth in the running back room as the Steelers search for a backup to Najee Harris. McNichols will compete with Benny Snell, Anthony McFarland, Mataeo Durant, and Jaylen Warren for the #2 and #3 spots. His signing is the corresponding move to the team releasing RB/FB Trey Edmunds. Pittsburgh’s roster now sits at 90.