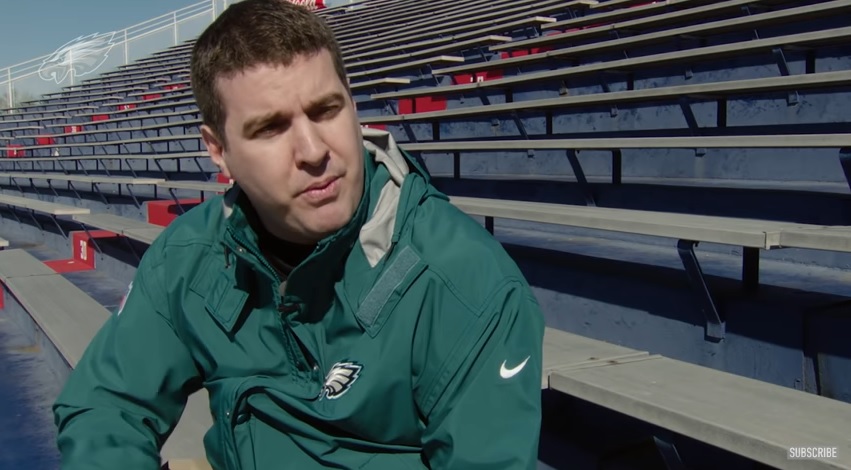 Some Fourth of July news from the Pittsburgh Steelers’ front office. According to the team website, Omar Khan has filled out and shook up his scouting staff with previous staff members changing titles and several new names being hired by the team.

Based on the updated information on the Steelers’ site, which must have changed within the last 48 hours, the following moves have been made.

Weidl is the most notable new name to the list. He’s the brother of Andy Weidl, hired as the Steelers’ assistant GM in late May. Casey was fired by the Eagles in their major front office shakeup this summer but has found a soft landing spot, reuniting with his brother. Casey’s NFL career started as an intern with the Buffalo Bills from 2012-2015 before joining the Eagles in 2016. He was the team’s Director of Scouting Operations from 2019 through this year’s draft. It’s unclear if he will be focusing on the pro or college side. He has experience in both and could end up in dual roles. Weidl and Mark Sadowski were the two men we suggested the team could hire under Khan. Since writing that article, both have been added to the Steelers’ staff.

Watts most previously served as the USFL Pittsburgh Maulers’ General Manager so it appears he is leaving that role. The Maulers struggled through the season, winning just one game. Prior to his time there, he spent 14 years with the New York Giants moving up the ranks from intern to BLESTO scout to area scout. He wasn’t retained after the 2021 season. Before the Maulers’ job, Watts worked for the Senior Bowl as a regional scout. Now, he appears to be an area scout in Pittsburgh. With the Giants, he covered the “Midlands” but it’s possible he moves further south/southeast after the team lost Rick Reiprish and Bruce McNorton, who covered that region.

Williams is the team’s new intern. A Western Michigan graduate, he’s spent some time in the NFL, working for the Jets as in intern during the summer of 2021. He most recently served as a recruiting assistant at Princeton.

MacInnis and Izzuddin have been with the team for years but receive new roles. MacInnis shifts from BLESTO Scout to Pro/College Scout, picking up the same title Dave Petett held for years. Petett is now the team’s Assistant Director of Pro Scouting. MacInnis has moved up the ranks in the Steelers’ organization. He began his time as a scouting intern in 2018 before moving into the BLESTO role in 2020. One of the youngest members of the scouting staff, he’s shown staying power and presumably has impressed the old Colbert regime and the new Khan one.

Izzuddin has also climbed the ranks. Hired in 2018 as the team’s Virtual Reality Intern, he became a scouting intern in 2020 when MacInnis was promoted. Now, he’ll assume MacInnis’ old role as the team’s BLESTO Scout. BLESTO (standing for Bears-Lions-Eagles-Steelers-Talent Organization) is one of the two major scouting agencies in the NFL. They help lay the groundwork for scouting staffs across the league about the upcoming class. They’re some of the first meetings to be held after each draft and took place back in late May.

According to the team site, there’s been no changes to the team’s analytics department. Two men still carry that title in Tosin Kazeem and Will Britt.