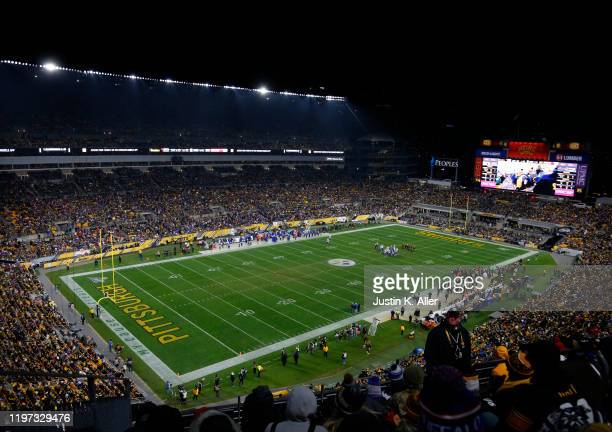 The in-game experience at Heinz Field is certainly something to behold, but in recent years the experience outside of the stadium in pregame celebrations has grown into one of the top experiences in the NFL.

Not bad for an organization that isn’t flashy.

The Steelers’ pregame experience ranked just behind the Green Bay Packers and Seattle Seahawks, who tied for first in the NFL. According to Bookies.com, Heinz Field ranked fourth in location with 28 points, eighth in fan/family/fun sentiment with 24 points, fourth in tailgating with 28 points, and fifth in all-around stadium experience with 27 points, good for 107 total points, ranking just behind the Seahawks and Packers with 109 total points in the rankings.

“We’ve all seen the Terrible Towels swinging during Steelers games. But pregame can be just as entertaining for all ages. Heinz Field ranked in the top 10 in every category – the only stadium to do so,” Bookies.com writes in ranking Heinz Field and the Steelers third overall. “Its location near the Pirates’ MLB stadium and within walking distance across the bridge downtown makes getting to the stadium easier than most. It also ranked No. 6 in overall atmosphere.”

The location of Heinz Field seems rather perfect overall on the North Shore. It’s relatively easy to get to with plenty of parking between Heinz Field and PNC Park, home of the Pirates. There’s also the T (Public Transit and Passenger Train) that runs from downtown to the North Shore, as well as various bridges to walk across, creating an easy path to the stadium.

Add in the parking lots available around the stadium and the space it provides for pregame tailgates, the location and overall pregame atmosphere around Heinz Field is one of the best in the league.

As far as the helmet logo goes, it’s rather simple for the black and gold, and has not changed in decades, nor will it ever change.

That simplicity and the history regarding the logo sees it rank No. 1 in the USA Today’s helmet logo rankings by Christian D’Andrea.

“They took the logo of the industry that built their city and flipped the association from steel mills to Terry Bradshaw. The day they change it is the day Pittsburgh burns to the ground,” D’Andrea writes.

Spot-on from the For The Win! writer.

Of course, D’Andrea is referring to the logo for the American Iron and Steel Institute, which features a circle around three four-pointed geometric shapes called hypocycloids in yellow, red and blue. Those colors represent the three materials used to make steel: yellow for coal, red for iron ore and blue for steel scrap. The Steelers petitioned the AISI to use the logo and, inside the circle, change the word “Steel” to “Steelers.”

How it came to be on just one side of the helmet though is a rather funny story, according to the LA Times’ Sam Farmer, who spoke to former Steelers’ communications director Joe Gordon.

“It’s a very simple story: It was an arbitrary decision by the equipment manager,” said Joe Gordon, the team’s former communications director. “Dan Rooney [whose father, Art, founded the franchise] told him to put the decal on the helmet, and he just went ahead and did it and put it on the right side only. Dan was not specific as to whether he wanted it on both sides of the helmet or just the one side. So once it was done, he never changed it.”

It never will change.