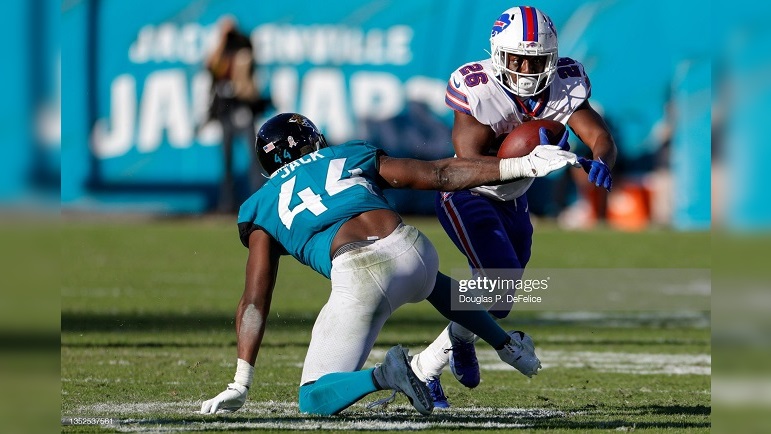 The Pittsburgh Steelers had a busy free agency, including the signing of Myles Jack, and today I wanted to provide some data context to what he provided last season in the running game along with Pittsburgh’s linebackers as well. Let’s get right to it, starting with 2021 run defense snaps and average tackle depth to get a gauge of the quantity of plays and yardage comparatively. 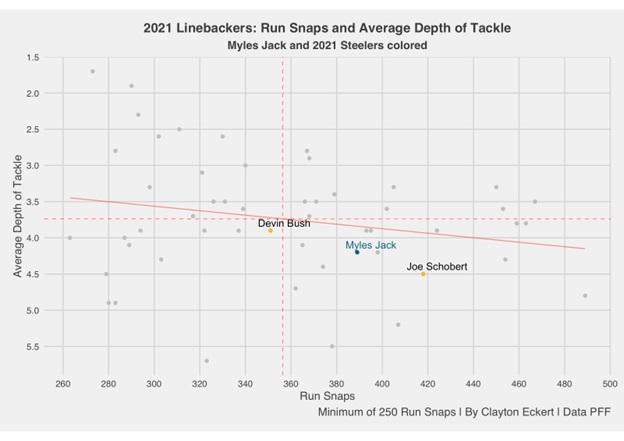 Now let’s look at types of tackles, solo versus assisted tackles against the run: 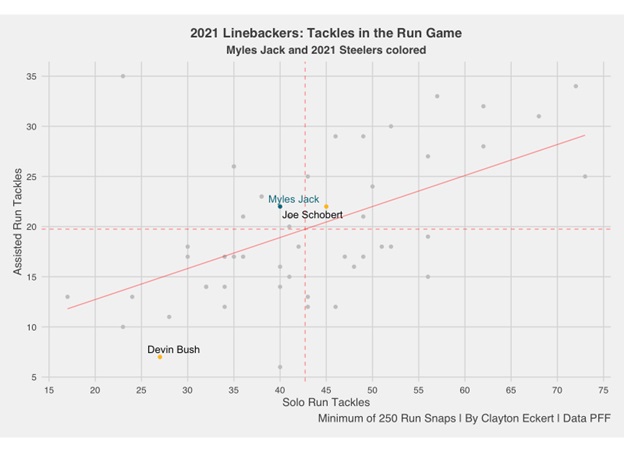 Next, I wanted to see how the players fared in a ‘hit or miss’ type view with stop percentage, which uses the successful play rates formula (less than 40% on first down, 50% or less on second down, and third or fourth down plays kept without a first down or touchdown) and missed tackle percentage: 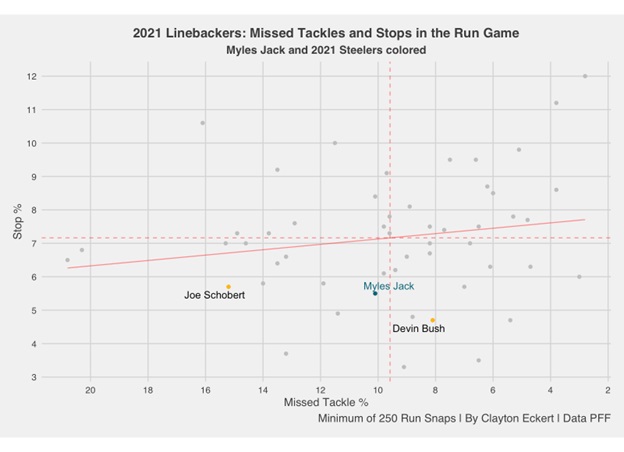 While some would expect Bush to have a poor missed tackle result, he was above the mean in this regard with the 20th rank. Jack landed just below the mean in missed tackles, tying for the 34th rank. Schobert had a very poor result in this regard with the 48th rank and was only one of five players to miss 15% or more. Here’s to hoping this is a big difference with Jack’s presence in the black and gold. The three players we’re focused on were all well below the mean in stop percentage, with Schobert tying for 43rd and topping Jack’s result (45th) by .2%. Bush’s stop percentage was below 5% and tied for the fifth worst result.

To close, let’s look at a more total view of how the players fared in the run game with PFF run defense grades along with points above average per play (a players EPA responsibility on run plays using the total points system that distributes credit among all players on the field for a given play, and accounts for defenders in the box, blown blocks forced, broken tackles, and turnovers) from Sports Info Solutions (SIS): 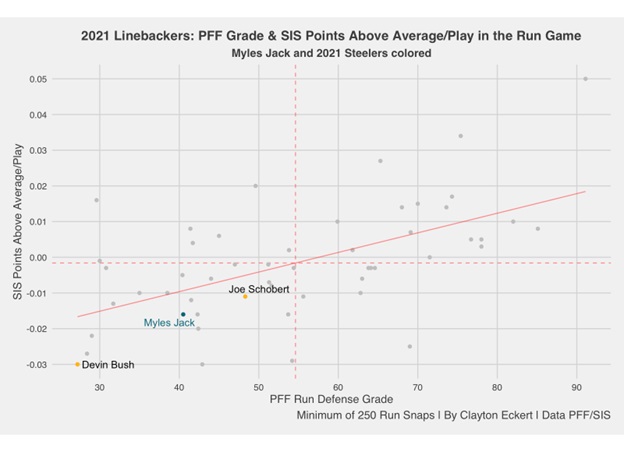 In regards to the data and outlook for 2022, Schobert’s best results came in snap count and tackles but below average results in average tackle depth, missed tackle and stop percentages, PFF grade, and points above average. Bush was below average in most aspects but was above average in missed tackle percentage, something he hopefully can carry over into this season along with a hopeful improvement across the board and being further removed from his injury. Jack’s best marks were in snaps and assisted tackles, with below average results in average depth of tackle and solo tackles, missed tackle and stop percentage, PFF grade, and points above average. Here’s to hoping the linebacker pairing of Jack and Bush can have a healthy and strong season for a Steelers squad that needs all the help they can get to improve from a historically bad run defense last season.