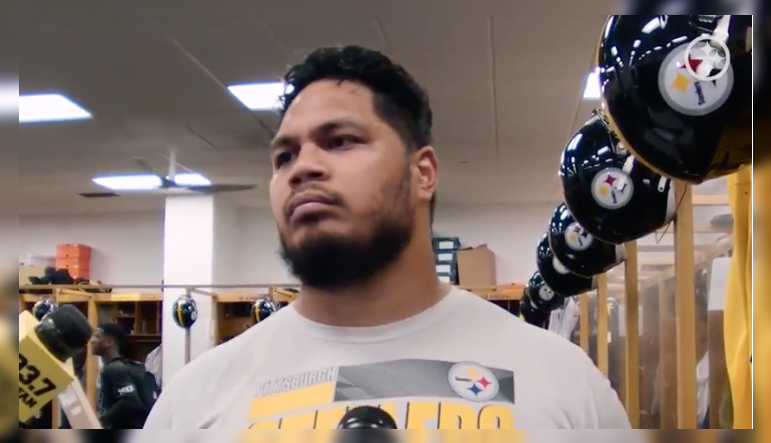 Sadly, we found out on Tuesday that Pittsburgh Steelers defensive tackle Tyson Alualu will start the team’s 2022 training camp on the Active/PUP list due to some knee swelling that he is experiencing. That means no practice for him for the immediate future, but he can start at any time moving forward. On Wednesday, Alualu, who missed most of the 2021 season with an ankle injury that required surgery, addressed the media to discuss his health ahead of the team’s first training camp practice of 2022.

“Alualu has been placed on PUP,” Steelers head coach Mike Tomlin said on Tuesday. “He has a knee that’s been swelling on him a little bit, probably from overtraining.”

According to Ray Fittipaldo of the Pittsburgh Post-Gazette, Alualu said Wednesday morning that his knee started bothering him during OTAs. He added that he worked through that knee issue because that’s what he always does. Alualu also indicated that the knee is not on the same leg as the ankle that he injured in 2021, so it is not related completely unrelated. It’s something he and the coaches will monitor during camp.

Tyson Alualu said his knee started bothering him in OTAs. He worked through it because he said that’s what he always does. It’s not the same leg as the ankle so completely unrelated to last years injury. It’s something he and the coaches will monitor in camp, he said.

Alualu, who had a long string of good health up until last season, is now 35 years of age and thus the oldest Steelers player currently under contract. Out of as possible 193 regular season games, Alualu has played in 174 of them since being selected in the first round of the 2010 NFL Draft out of California. 15 of those 19 missed games came last season. Two other games he missed as a healthy scratch.

The last full-type season that Alualu played was in 2020 and it was essentially a dominant one for him to boot. The Steelers’ defense severely missed Alualu at nose tackle in 2021, as mostly evidenced by the play against the run.

With Alualu now sidelined at the start of training camp, fellow defensive tackle Montravius Adams is likely to be Steelers first-team nose tackle. Adams, who was added to the Steelers’ roster late last season, re-signed with the team during the offseason. That new deal is for two years and included a modest signing bonus. As for Alualu, he is now in the final year of his current contract, and he is scheduled to earn $2.5 million in 2022.