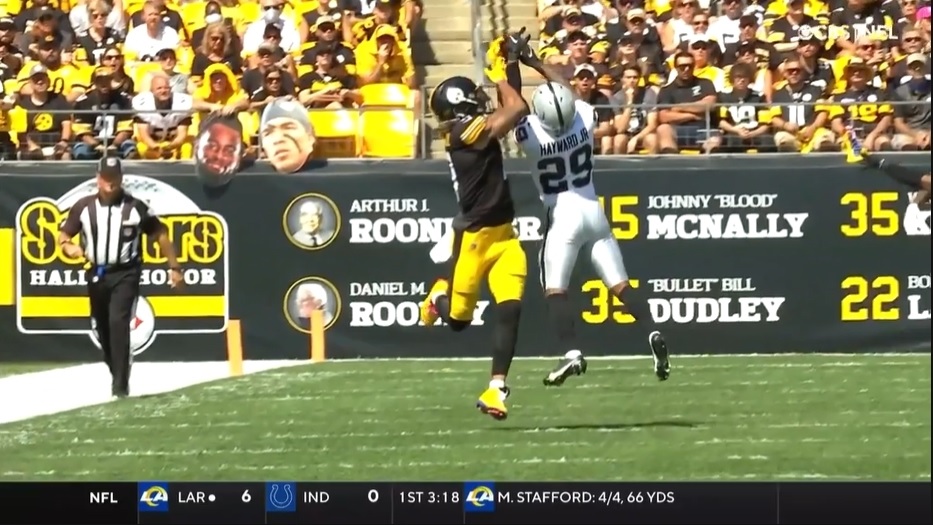 Throughout much of the 2021 season, opponents of the Pittsburgh Steelers found themselves getting showered with yellow laundry more often than not, or so it felt like.

Turns out, that feeling was spot on.

According to Football Outsiders in its latest Football Outsiders Almanac for the 2022 season, the Steelers benefitted from a league-leading 154 penalty flags against opponents during the 17-game season in 2021. That’s certainly not going to help fans defend the narrative that the “Steelers get all the calls” that is heard throughout games and seasons.

Those 154 penalty flags includes an astounding 17 defensive pass interference penalties draw by the Steelers, second in the league behind Indianapolis, according to Football Outsiders’ Aaron Schatz.

“We’ve written in our past books about Pittsburgh’s strong record of drawing pass interference penalties. But last year, the Steelers were good at drawing all penalties,” Schatz writes in a recent piece on ESPN.com highlighting shocking stars for all 32 teams. “Their opponents were flagged in 2021 a league-leading 154 times, including declined and offsetting penalties. And yes, that includes 17 DPI penalties, second behind Indianapolis.”

The pass interference penalties drawn isn’t much of a surprise, as it felt like the Steelers’ offense for much of the 2021 season was the old Baltimore Ravens’ offense under Joe Flacco, which featured a lot of chuck-it-deep-and-pray plays, especially at the height of the pass interference movement from the NFL, which saw flags rain down for simply breathing the wrong way on a receiver on a route.

Obviously that’s exaggeration, but that’s certainly what it felt like during that Ravens era, and what the Steelers tried to turn to and hope for not only last season, but in years prior.

While the Steelers certainly benefited from some calls against opponents throughout the 2021 season, they had some questionable calls come back to bite them in big spots throughout games, including the offensive pass interference call in the end zone on Chase Claypool against the Bengals in Week 3, and the illegal hit on Minkah Fitzpatrick in the end zone against the Minnesota Vikings on Thursday Night Football, which eventually led to points.

It is certainly a shocking stat, at least on paper, but in the end it didn’t truly benefit the Steelers in 2021 as the offense struggled to do much of anything, and the defense couldn’t quite take advantage of offenses being behind the chains late in the season due to the inability to stop the run and force turnovers late.