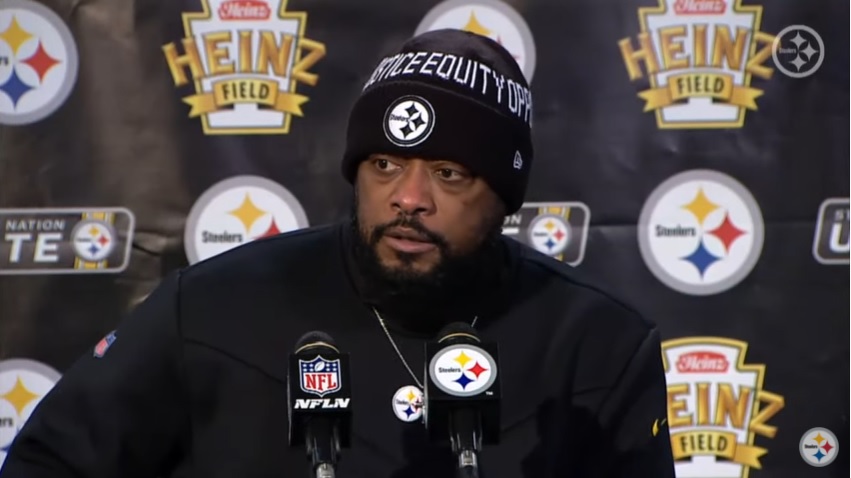 Frank Schwab and the folks over at Yahoo! are writing up offseason power rankings and in-depth previews of each NFL team. Today was the Pittsburgh Steelers’ day with the site ranking them 22nd overall in the league, a year removed from a 9-7-1 season that saw a quick playoff exit to the Kansas City Chiefs.

Schwab’s preview of the team is largely just a recap of what the team has done and doesn’t break any new ground or offer any unique insight. But he was an overall fan of the Steelers’ offseason, one of the team’s most active in franchise history that saw change at every level of the organization. He also praised the team’s overall draft haul, writing:

Solid is a good word to describe April’s draft. This class will be defined pass or fail by Pickett’s play and career, just as the 2004 class was with Ben Roethlisberger. Beyond Roethlisberger and OT Max Starks, the rest of the ’04 class did nothing in Pittsburgh, but it’s regarded as a good one for finding a franchise, Hall of Fame quarterback. That makes a second round miss like Ricardo Colclough far more forgivable.

Schwab was on the fence about the Pickett selection.

“We’ll get to see if the Steelers are right about Pickett or he’s just another EJ Manuel, overdrafted because he was the best quarterback in a weak class.”

The 2022 QB class was the weakest since Manuel’s group in 2013. Manuel went 16th to Buffalo but had a lackluster career. Other quarterbacks drafted that year include Geno Smith (#39), Mike Glennon (#73), and Matt Barkley (#98). Not one quarterback of that class became an established starter with Smith and Glennon being the two most productive names which tells you all you need to know.

Pittsburgh brought in talent at receiver to replace offseason losses in JuJu Smith-Schuster and James Washington, drafting George Pickens in the second round and Calvin Austin III in the fourth. It’s possible both make immediate contributions to the team and both players are plus athletes. But they’ll each have a learning curve, too. Pickens is 21 years old and hardly played football last year while Austin will primarily work as a slot receiver after playing on the outside at Memphis.

Looking at the upcoming season, Schwab considers the Steelers to have gotten lucky and punching above their weight in close games last season. Something that may be hard to replicate.

“Last season the Steelers were an unsustainable 7-1-1 in games decided by seven points or less, and 4-0-1 in games decided by three or less. We remember them as a playoff team, but they needed an inexplicable loss by the Indianapolis Colts in Week 18 and a last-second non-tie in the final game of the season between the Las Vegas Raiders and Los Angeles Chargers to get there. Nobody likes hearing their team was lucky, but the 2021 Steelers were lucky.”

A fair critique. And without Ben Roethlisberger to work his fourth quarter magic, it’s difficult to see the Steelers putting up such a sparkling record in close games. Even a couple losses the other way turns an above .500 team into a group picking top 10 in next year’s draft. Schwab wavered on an actual prediction, going back and forth between the state of the roster versus Mike Tomlin’s ability to will his team to victory but ended his preview on an optimistic note beyond this season.

“I anticipate this being Mike Tomlin’s worst season…I don’t think the Steelers will be down for long, because the franchise’s infrastructure is too good for that, but the only reason to project them to finish above .500 is a blind faith in Tomlin and their history.”

It’s safe to say he doesn’t view Pittsburgh as a true playoff contender and puts good odds of the team finishing below .500 for the first time in Tomlin’s career. A tough AFC North doesn’t make matters any easier on Pittsburgh, no longer able to pick up cheap wins from habitual losers like the Bengals or Browns. It’s no longer a two-horse race for the North crown between the Steelers and the Ravens. Now, all four teams will be in the mix, just as they were last season.

The Steelers like getting to play with a chip on their shoulder but from an outsider point of view, Schwab’s view is harsh but fair. Again, you can check out his entire preview by clicking the link here.