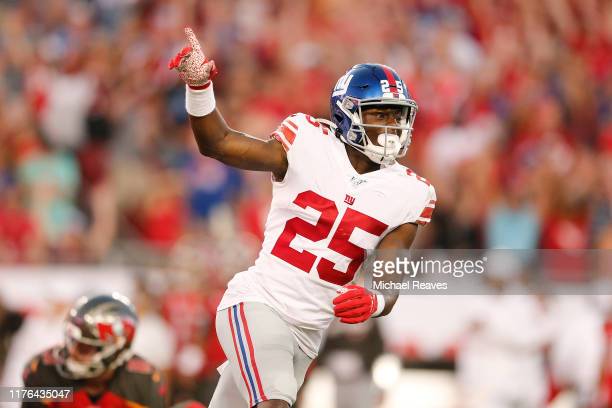 Looking at the current roster there are areas where the Steelers could be looking to add a player or two. Next up I am looking at corner backs.

This position has dealt with some turnover the last couple years. Joe Haden was not resigned this year and Steven Nelson was let go the year before. Ahkello Witherspoon was brought in via a trade with Seattle in early September. He didn’t get much playing time until week eleven but he ended up playing well and leading the team in pass breakups and interceptions. Can he be the number one corner?

New to the team this year is former Buffalo Bill Levi Wallace. A three year starter will good ball production averaging nine pass breakups and two interceptions over the last three seasons. He was deemed a good cover corner and the Steelers are hoping he will have a seamless transition to a new defense.

The slot corner position will likely be a rotation of players. Last season Cam Sutton was the main man inside but his flexibility to play outside and rotate to the safety position is invaluable. Tre Norwood was used mainly in dime defense on passing downs and executed his role well. Veteran Arthur Maulet was used more often on non-passing downs and added veteran experience to the group.

The reserve corners on the outside are a bit of question mark. Both James Pierre and Justin Layne played well on special teams but had there issues when it came to the defense. Pierre plays an aggressive, confident style but was benched after early struggles. Layne was developmental player coming in but received just 28 snaps on defense last year and but has yet to progress like they had hoped.

Wade was a consensus All-American at Ohio State starting 19 of 35 games played. He won the Tatum-Woodson Big Ten Defensive Back of the Year award and had 19 pass breakups and six interceptions in his career. Ohio State is often one of the main stops for Mike Tomlin and then GM Kevin Colbert so they did see him up close in the draft process.

While some thought he would go higher in the Draft he lasted to the fifth round where he was selected by the Baltimore Ravens. His stay there didn’t last long as the Ravens traded him prior to the 2021 season to the New England Patriots. There he only got into three games in the second half of the season totaling eleven defensive snaps and seven special team snaps making one tackle.

He is probably a better fit at slot than outside but can play both. Bill Belichick loves him some DB’s and they are loaded. Mills, Butler and Mitchell can all start for many teams. Jonathan Jones and Williams are quality depth and they added two rookies in the top four rounds of the draft. Wade will have his hands full keeping up with the Jones’.

Sheffield is also a former Buckeye. He spent two years there after transferring from junior college. He played well with 17 starts in 28 games and finished with 74 total tackles and two tackles for a loss, 17 pass breakups and two interceptions. After his junior year he decided to  enter the draft.

Coming into the draft he was deemed a high ceiling player with great speed yet inconsistent. Unfortunately he tore his pec while benching at the Combine. Atlanta selected him in the fourth round and he was as starter for his first two seasons and played in 28 games overall. He tallied 101 total tackles, 6 pass breakups and 2 forced fumbles. In 2021, he started the season on IR and ended up playing just 52 snaps in nine games under a new coaching staff. He was released in May of 2022 and signed by Houston.

Former Steeler Nelson along with Stingley and Moreau will fight for the starting spots. Thomas and King will likely fill the slot role. Yiadom is an experienced backup. Sheffield is the toolsy, speed players that teams will take several chances on. Unless the Houston site is wrong it looks like he has bulked up listed at 189 for the draft and now a beefy 212 pounds.

As Bulldog of Mississippi State he played in 27 games with 7 starts before tearing the ACL in his right knee in his senior season. He finished in career with 99 total tackles and 5.5 tackles for a loss. As a pass defender he displayed good ball skills with 13 pass breakups and five interceptions. He excelled as a Man coverage corner but a lack of starting experience paired with a knee injury was a concern.

Nevertheless, San Francisco selected him in the third round but injuries marred his time there. His 2016 and 2017 seasons were spent mostly on injured reserve and the 49ers cut ties in November of 2017. The Chiefs signed him to a reserve/futures contract in the off season but his stay was short-lived. The next stop was Green Bay and he finally got a chance to see the field playing in 31 games with five starts in three seasons. There he had 65 tackles, one for a loss and two passed defensed. Last season was spent with the Colts where he only played in the final three games all on special teams.

Gilmore and Facyson are new additions and likely the starters. Moore is one of if not the best slot corner in the game. Chesley and Rodgers both played consistently last season and Brown is also new with plenty of special team experience.

He played collegiately for the Iowa Hawkeyes and was a three year starter with 31 starts in 36 games. A wide receiver coming into college he switched to the other side of the ball in 2013. He racked up 144 total tackles with 2.5 for a loss, tacked on 3 interceptions, 2 forced fumbles and 2 fumble recoveries.

He went undrafted in 2017 and since he has been in the league he has collected a lot of frequent flier miles. The list of teams includes Tampa Bay, Buffalo, San Francisco, Cincinnati, Tennessee and Jacksonville. All totaled he has played in 39 games with 7 starts totaling 602 snaps on defense and another 300 on special teams. He has 51 tackles and 7 pass breakups to go along with a forced fumble and fumble recovery.

The Titans starters are likely Fulton, Farley and Molden. Skrine is a physical slot defender and McCreary was a second round draft addition. Jackson can also play safety and plays regularly. Mabin may add to his collection of jerseys at the end of camp.

Essentially a three year starter at Nebraska, Jones had to deal with a knee injury prior to his senior seasons that cost him all but four games. In his career, he had 76 tackles with 5 behind the line of scrimmage. He posted 16 pass break ups and five interceptions one of which he took back for a touchdown. He also recorded a fumble recovery as a freshman.

Like Mabin, he also went undrafted and has become a well-travelled player. After signing with Detroit he made stops in Arizona, back to Detroit, Minnesota, Tennessee and now Las Vegas. Over his four seasons he has played in 29 games with 6 starts with 356 defensive snaps and 225 special team snaps. He has good size and is a solid tackler with 48 career stops. He has also added 7 pass breakups.

The Raiders have good group led by Mullen, Ya-Sin and Hobbs the likely starters although Averett was a starter in Baltimore last season. Robertson saw increased playing time last season and Phillips was a versatile defender in Cincinnati.

Hand began his college career at Baylor before transferring to Temple for his junior season. He was essentially a three year starter and totaled 114 total tackles with 5.5 for a loss. He broke up fifteen passes and picked off four while adding a forced fumble and entered the draft after his junior year.

Minnesota drafted him in the fifth round and he was able to get some playing time on defense as well as special teams. He played in 23 games with one start tallying 165 plays on defense and 261 on special teams in two seasons. He was also inactive for 2 games as a rookie and 5 games last season. In his career, he as 22 total tackles, one interception and three passes defensed.

The Vikings look to have a strong collection of DB’s. Peterson and Dantzler will likely start on the outside and they picked up Sullivan, a strong player in the slot, from Green Bay. Boyd is entering his fourth season and is a core special teamer with nearly 600 snaps on defense. Hairston is a veteran to back up the slot and the added the two rookies in the top four rounds in the draft this season.

Ballentine played for the Ichabods (great name) of Washburn University and impressed enough to get and invite to the Senior Bowl. He played in 46 games with 186 tackles with 10 for a loss, five interceptions, four forced fumbles and three fumble recoveries. Value was also provided as a good return man (24.8) who chipped in with four blocked kicks. He also ran track including a school record 10.51 100 meter time.

The Giants selected him in the sixth round of the 2019 draft. He spent a season and half there playing in 22 games with 4 starts. After being waived in November 2020 and picked up a day later by the Jets. He played the final six games there but only playing on special teams. He was waived again prior to the 2021 season and picked up by the Lions getting in four games as a return man and special teamer.

The Falcons will start Terrell and Hayward with Oliver to likely play the slot. Hall was a steady player on defense and special teams as was Ford in Denver. Tabor is a veteran defender that can back up on the outside.