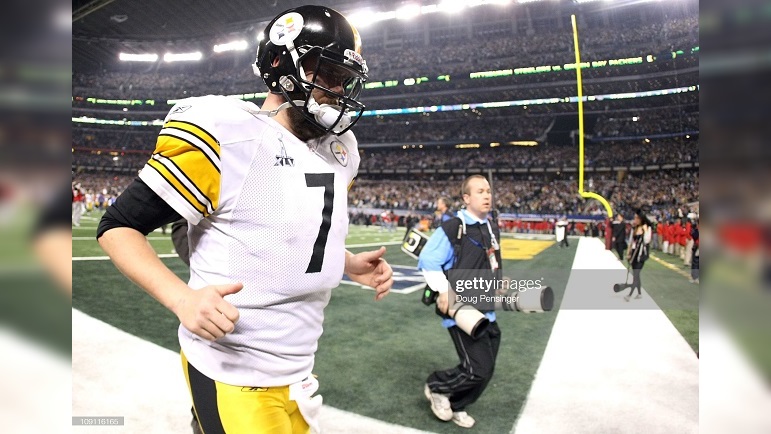 The Pittsburgh Steelers will open their 2022 training camp next week without quarterback Ben Roethlisberger for the first time since 2003. Roethlisberger, who retired this past offseason after 18 NFL seasons, probably won’t miss some aspects of dorming at Saint Vincent College in Latrobe in July and August. He will, however, miss some aspects of his NFL life and with that, he will also carry some regrets from his playing days. According to Ron Cook of the Pittsburgh Post-Gazette, one of those regrets that Roethlisberger still has is the Steelers’ loss to the Green Bay Packers in Super Bowl XLV.

“That was tough,” Roethlisberger said of that Super Bowl loss. “It still stings. We lost [Maurkice Pouncey] right before that game. I still think, ‘What if? What if he’s able to play?’ He was such a different playmaker for us. I look back at it and think, man.”

Man, indeed. The Steelers did indeed lose then-rookie starting center Maurkice Pouncey to an ankle injury in the AFC Championship game, and he wasn’t able to overcome it by the time the team played the Packers at AT&T Stadium in Dallas, TX. Instead, Doug Legursky started that game at center for the Steelers.

Not having Pouncey aside, Roethlisberger told Cook recently that he still feels that his team had a chance to beat the Packers in that Super Bowl, especially only trailing 21-17 at the start of the fourth quarter with his offense driving into Green Bay territory.

“I know some Packers. I have talked to them, Roethlisberger told Cook. “We were starting to make a little bit of a run, driving down the field. They were nervous. A couple of guys were like, ‘Here they go.’ It would have been fun to see what would have happened [if Rashard Mendenhall hadn’t fumbled].”

That’s the problem, though. Running back Rashard Mendenhall did fumble away the football early in the fourth quarter, and the Packers’ offense turned that defensive takeaway into a touchdown just eight plays later, and Green Bay then led the Steelers 28-17 with 12:03 left in the game.

While Roethlisberger was able to lead the Steelers’ offense to a touchdown and two-point conversion on the ensuing possession, the Packers’ offense responded to that scoring drive with another field goal to close out a time-eating 10-play, 70-yard drive to essentially close out the Super Bowl.

Roethlisberger completed 25 of his 40 total pass attempts in that Super Bowl loss for 263 yards with two touchdowns and two interceptions. It just wasn’t enough, however, especially with the Steelers losing the turnover battle 3-0 and the explosive play battle 6-2. That’s not going to win many games even during the preseason.

Roethlisberger and the Steelers haven’t been back to the Super Bowl since that loss to the Packers, and that’s yet another regret that Roethlisberger likely has now that his NFL career has ended. He still can hang his hat on the fact that he did win two Super Bowls during his lengthy career, however, and hopefully that overshadows his regrets of losing one other by a mile or two.