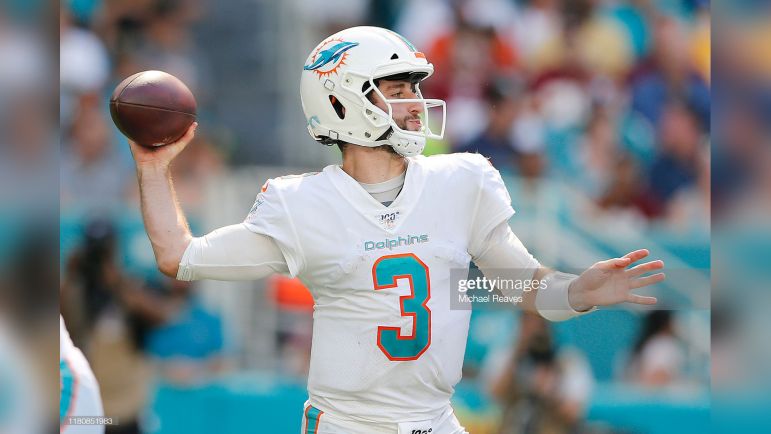 The Cleveland Browns are adding yet another quarterback to their roster ahead of a possible forthcoming suspension being handed down by the NFL to starter Deshaun Watson.

According to Adam Schefter of ESPN on Thursday, the Browns are signing quarterback Josh Rosen to a one-year deal following him trying out for the team on Wednesday. The speculation is that Rosen might wind up being the Browns backup quarterback behind Jacoby Brissett should Watson indeed incur a suspension as part of the NFL’s personal conduct policy.

Cleveland is signing former first-round Josh Rosen to a one-year deal, per sources. Despite spending time with five other NFL teams,

Rosen is only 25 years old and those who have been around him believe he is ready to prove he belongs.

Rosen was originally selected by the Arizona Cardinals 10th overall in 2018 NFL Draft out of UCLA. He was then traded to the Miami Dolphins in 2019. The Dolphins cut Rosen after the 2019 season and the quarterback went on to spend the next two seasons with the Tampa Bay Buccaneers, San Francisco 49ers and Atlanta Falcons.

Rosen joins a Browns quarterback depth chart that includes Brissett and Joshua Dobbs after the team traded away quarterback Baker Mayfield to the Carolina Panthers a few weeks ago. The addition of Rosen is likely a sign that the Browns expect Watson to be suspended for multiple games.

The Browns start their 2022 training camp next week. They open their 2022 regular season on the road against the Panthers on September 11.