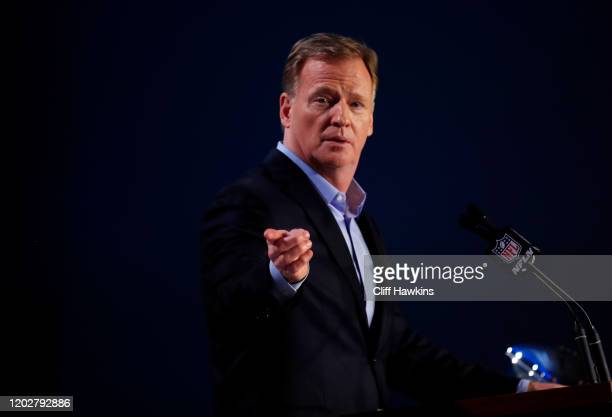 Starting in 2023, you won’t get NFL Sunday Ticket through your DirecTV. Instead, you’ll watch it through your computer (or streaming service). NFL Commissioner Roger Goodell confirmed this weekend the league’s partnership with DirecTV will end after this season with the league moving to an online medium.

“I clearly believe we will be moving to a streaming service,” Goodell said via CNBC.

It’s a move that has been anticipated and one we’ve written about over the past several years. The league is making an overall push to put games online. A partnership with Amazon beginning this season will broadcast Thursday night games exclusively through them as the league attempts to cater to younger audiences and overall cord-cutting, people ditching cable and using the Internet to watch television. Amazon has gone as far as to hire away Al Michaels from NBC, giving him a five-year $75 million contract. He’ll partner with Kirk Herbstreit, who will still remain at ESPN.

Other sports are also moving online. Select baseball games, for example, are shown only on Apple or YouTube.

There’s no official word on what streaming service the league will move to, though the CNBC article mentions Amazon, Apple, and ESPN as strong contenders. A decision will be made in the fall.

NFL Sunday Ticket allows fans to watch live games from out-of-market locations. Steelers fans have probably gotten more use of it than any other fanbase given how spread out Steeler Nation is, occupying every corner of America and the globe.

The service has existed since 1994. Helping invent and implement it was Jon Taffer, now known as host of Bar Rescue, and the service was immensely popular. But subscriptions have declined in recent years and this separate CNBC article called it a “money-loser.” DirecTV reportedly did not have interest in renewing their deal with the league.

We’ll let you know this fall who the NFL decides to go with.