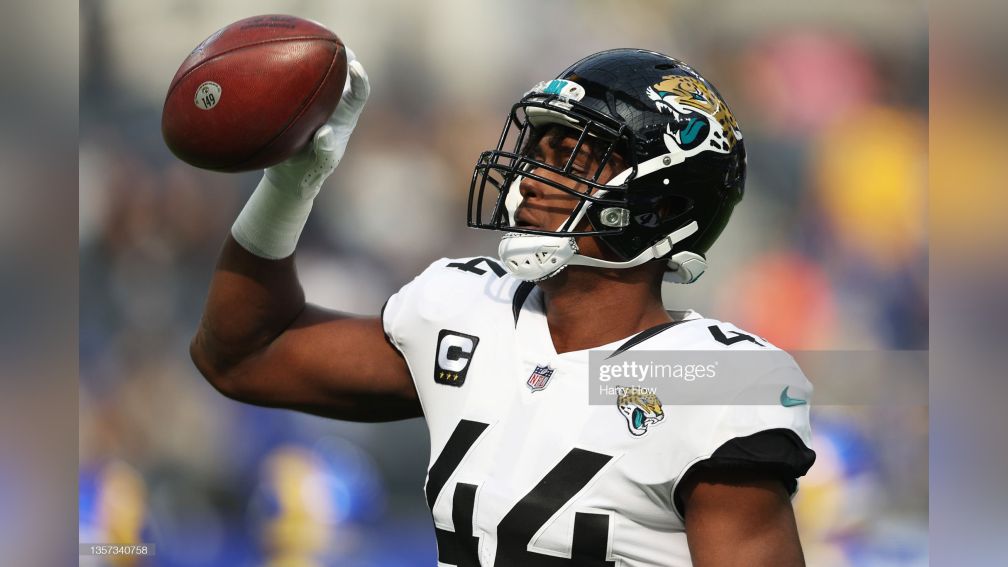 As the NFL season inches closer, coaching staff’s continue their search for the next young break-out player. This ranges from draft picks following their desired developmental trajectory to young free-agent signings that benefit from a change of scenery.

An NFL.com article by Gregg Rosenthal projected every AFC team’s most likely break-out candidate. In doing so, they dubbed 26-year old linebacker Myles Jack as the Steelers most likely candidate to make this leap.

Steelers fans may remember Jack taunting the Steelers after their divisional round loss to the Jaguars in 2017. While this isn’t the most pleasant memory for some, it is notable that Jack was a key part of the daunting 2017 Jaguars defense, as the Steelers hope to have a top-tier defense in 2022.

“The Steelers have logical young candidates like Najee Harris, Alex Highsmith, Dan Moore and Chase Claypool, but I wanted to highlight their Myles Jack signing because it should be so crucial to their season,” Gregg writes regarding the free agent signing. “Jack got an All-Pro vote as recently as 2020 and has started 82 games over six seasons, but he’s somehow only turning 27 years old in September.”

Picking Myles Jack as the Steelers most likely break-out candidate is indeed unusual in a roster that includes the likes of Najee Harris, Chase Claypool, Pat Freiermuth, and others. That said, it is far from unreasonable given Jack’s age as well as his potential benefiting from a change in scenery.

“Devin Bush just hasn’t gotten it done, so the Steelers made a rare free-agency splash because they know Jack can hold up in coverage and pursue the ball while handling everything mentally that Mike Tomlin asks of an inside linebacker.”

Granted, it’s difficult to argue that Bush has lived up to the expectations of the first player the Steelers have traded up for in the first round since Troy Polamalu. That said, the Jack signing is far from the Steelers giving up on a Bush rebound in 2022 as the two will likely play side-by-side as the team’s starting inside linebackers.

Myles Jack’s situation with the Steelers draws eerily parallels to their signing of James Farrior. A former Jets first round pick that did not pan out, Farrior was 27 years old when signing with the Steelers, and the rest is history. Jack, who is 26 years old, has the chance to follow this same trajectory and wind up one of the better players in Pittsburgh’s defense this season .