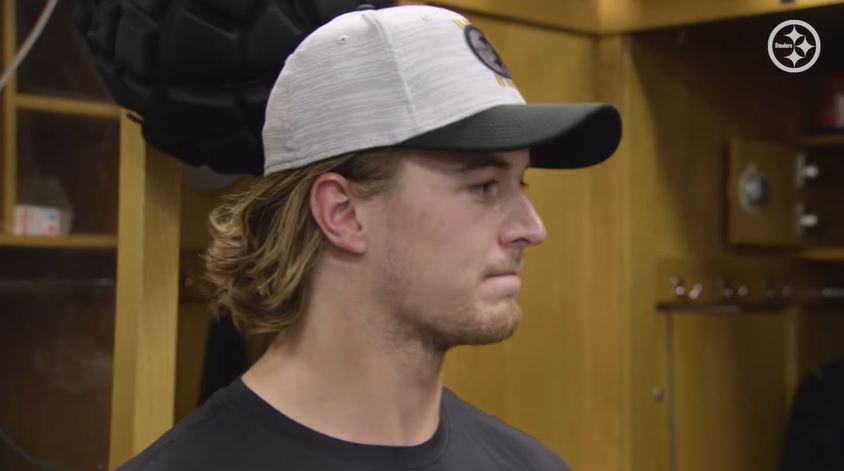 As rookies enter their first seasons in the NFL, more often than not, their success is dictated by the talent levels, coaching staff and other variables surrounding them. Look at the draft class of 2017, which obviously featured several high quarterback picks, including Pittsburgh’s own Mitch Trubisky, who went second overall to Chicago, and Kansas City’s Patrick Mahomes, who went tenth overall. However, the talent levels on each team dictated how and when each player would be pressed into game duty, as Mahomes sat the bench his entire rookie season, backing up Alex Smith. Trubisky on the other hand, was inserted as the starter after the team got off to a rocky 1-3 start under journeyman QB Mike Glennon. As we sit here now, the careers of those two are, at this stage, on different spectrums.

NFL.com draft analyst Lance Zierlein released his list of the ten favorites to win the Offensive Rookie of the Year Award earlier this morning, and to no surprise, Kenny Pickett is indeed high on it. As the team’s first-round pick in this past April’s draft, the hometown Pitt product is viewed as the future at the position after Ben Roethlisberger’s retirement at season’s end. First, he will need to beat out Trubisky, who the team signed in free agency. And despite all the reports of Trubisky running the first-team offense at OTA’s, Zierlein is a firm believer in the fact that we may see Pickett in the lineup sooner, rather than later.

“Pickett is a full-field reader who can spread the ball around the field when necessary. The Steelers have an intriguing combination of size and speed at receiver (Chase Claypool, Diontae Johnson and George Pickens) and a talented runner who can catch the ball out of the backfield (Najee Harris). If Pickett can beat out Mitchell Trubisky for the starting job (and that certainly seems possible), he has a real shot of quickly putting some numbers up on the board.”

One thing he didn’t touch on was the team’s offensive line, which obviously will play a huge role in determining the successes and failures of not only the QB but the team overall this season. Pickett, much like Trubisky, is a mobile QB, something the front office highlighted they were searching for after the season. The Heisman finalist was the only QB taken in the first round this year, and like Zierlein said, there will be no shortage of offensive weapons to help out whoever is under center. And if Trubisky’s turnover issues rear their ugly head like they did in Chicago, odds are good that Pickett will be in the lineup in no short order.