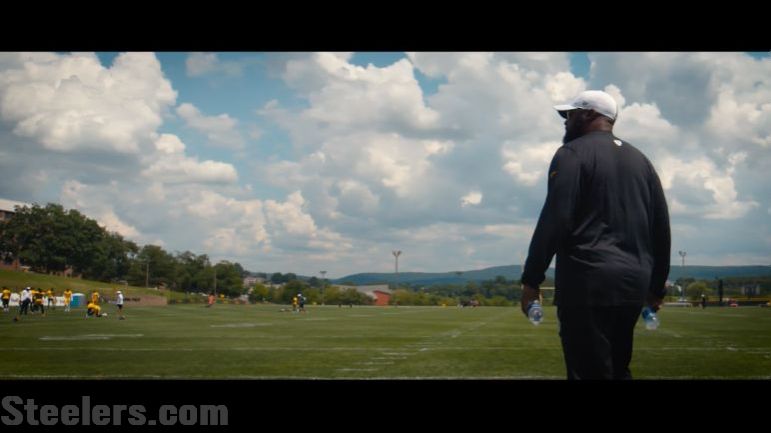 The Pittsburgh Steelers and Saint Vincent College have had the second-longest working relationship between any NFL team and their training camp partner, behind the Green Bay Packers—and possibly now the longest, as the Packers are not returning to their traditional location this year.

The Steelers have utilized the grounds of Saint Vincent as their training camp destination since 1966, and they had an unbroken working relationship right up until the COVID-19 pandemic, which for the past two seasons prevented teams, enforced by the NFL, from traveling off-site.

But Pittsburgh is gearing up to head back out to Latrobe in 2022 for the first time in years, a week from now, and head coach Mike Tomlin shared his thoughts on the significance of the Steelers’ relationship with the college and the city in a video posted on the team’s website.

“Latrobe and Saint Vincent is a nostalgic venue for me”, he said. “I not only think about the 15 years that I’ve had to enjoy, but I also think about the ones that have come before me. World-championship-caliber teams, some of the best teams and best players ever to play the game. When I walk down that hill at Saint Vincent, I think about, ‘That’s the same track that Bill Cowher and Chuck Noll walked as well’, and it’s humbling and inspiring”.

Neither Noll nor Cowher ever conducted a training camp as a head coach without it being on the grounds of Saint Vincent College. Every single championship team in Steelers history prepared for the season on what is now known as Chuck Noll Field, and housed its players in their dormitories, and patronized the establishments in the city of Latrobe.

It’s a tradition that at least Tomlin is more than happy to revive. The opinions of the players are probably a lot more mixed, but those who understand the history of the grounds there as it relates to the stars who came before them perhaps appreciate it a little more.

Guys like Chase Claypool and Alex Highsmith and Najee Harris and Pat Freiermuth haven’t experienced Latrobe yet, or the live crowds that gather there. They had their first (or first two) training camps inside of Heinz Field, a very different experience.

Now, I’m not the one who has to sleep in a dorm or anything like that, so I can’t speak for the players’ experiences and certainly can’t question anybody’s right to bemoan the inconveniences, including being away from family, that are involved in the Steelers’ traditional training camp process.

But you can’t beat the atmosphere or the history, that’s for sure, and the Steelers value that sort of hermetic aspect that Saint Vincent provides, where the focus is almost constantly on football and on growing as a team. They’ve been without that for the past two years, but now it’s time to revive that tradition.