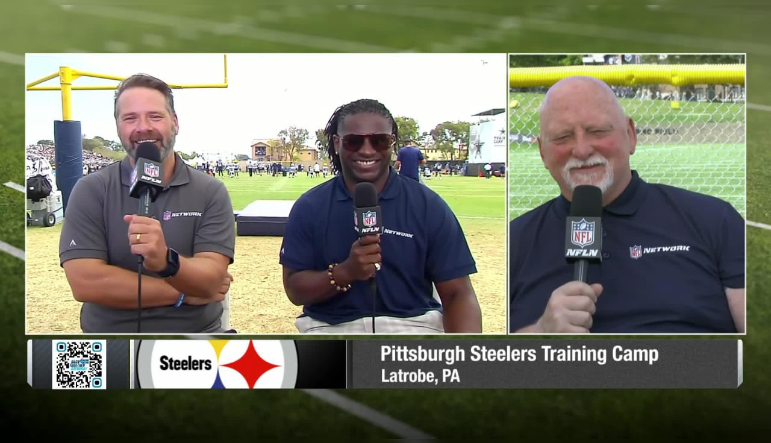 What was once thought to be a long-shot is now becoming more and more of a possibility for the Pittsburgh Steelers.

Yes, fifth-year quarterback Mason Rudolph is smack-dab in the middle of the quarterback competition at Saint Vincent College in Latrobe. Quite honestly, he’s making a serious push for the job ahead of Mitch Trubisky and Kenny Pickett, often outperforming the two through four days of training camp.

Throughout much of the offseason, Rudolph was often overlooked in the competition due to the work the Steelers put in during the offseason, drafting Pickett in the first round and signing Trubisky on the first day of the legal tampering period in free agency.

“So I look at these quarterbacks and from the get go, I’ve always included Mason Rudolph as a serious contender,” Wolfley said to Rose and Tomlinson on NFL Total Access, according to video via NFL.com. “Mason has looked terrific and everybody seems to want to — I shouldn’t say every — but there’s a lot of people that seem to have wanna written him off and go right straight to either Mitch Trubisky or Kenny Pickett.

“Well, all three are doing very well. Kenny Pickett has got some of the growing pains of a young quarterback going on, but that’s okay. That’s fine. That’s how you learn. Mitch Trubisky looks like the guy that you know is capable of throwing the ball and moving. And of course, Mason Rudolph, like I said, he’s just been slinging that thing. I mean, tight, tight windows.”

Through four practices, Rudolph has arguably looked the best of the three quarterbacks in the competition, which really shouldn’t come as much of a surprise to anyone reading this, considering the experience and familiarity that Rudolph has with the team and key playmakers, not to mention second-year offensive coordinator Matt Canada.

Still, it’s just four glorified minicamp practices with no pads on, and no real live pass rush reps occurring. He’s certainly looked good and is making a case to win the starting job, but there’s still a long road ahead of him to win the job and really plant a stake in the ground, grabbing the job.

It’s time to start taking Rudolph’s push for the job seriously. While that might not give many fans a good feeling entering the 2022 season based on what Rudolph has done in 10 games as a starter, he will have truly earned the job with strong play overall in camp. That should be viewed as a positive, should that come to pass.