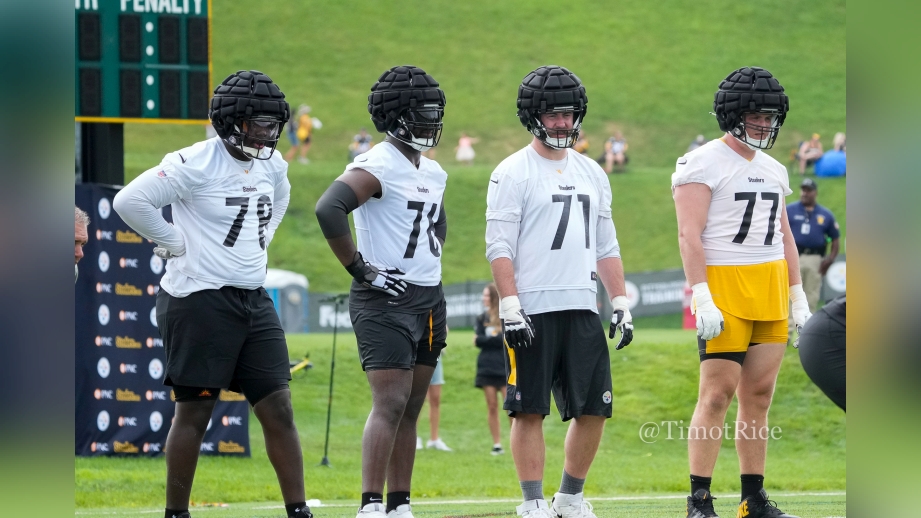 It’s not unusual for a team to anticipate that a high-priced free-agent acquisition would step into a leadership position. Often, such leadership qualities are part of what attracts the team to that player and helps him earn that prized contract.

The Pittsburgh Steelers saw in former Chicago Bears offensive lineman James Daniels the qualities, both on and off the field, that they felt they needed to add to their room. Installed at right guard, he is often the center of attention for the group, even if he is still just 24 years old.

Brian Batko of the Pittsburgh Post-Gazette recently had the opportunity to speak to Daniels, as well as some of his offensive line teammates. Second-year left tackle Dan Moore Jr. in particular greatly praised his wisdom and insights, but standing out perhaps most of all were the comments by Mason Cole as another veteran, who was also signed in free agency this offseason.

It’s not often that you have two veterans of roughly comparable career backgrounds and pedigrees come into the same team at the same time and have one of them say that the other is acting like a mentor to them.

Let’s be clear, here. Mason Cole is a fifth-year former third-round draft pick who has a few dozen starts in his career. He played at Michigan, too, so he’s experienced a Power 5 environment at the college level, as well. He played under Bruce Arians and played with Rodney Hudson and other great linemen.

And James Daniels has impressed him enough over the course of just the past couple of months, without having ever even put the pads on yet, to the point where he was comfortable acknowledging that he has acted as something of a mentor to him. And Cole is a year and a half his senior, as well.

But it just seems to be what comes naturally to Daniels. It’s not forced. He’s not trying to be a leader, per se. It’s just what he knows how to do, or how his mind works. Said Moore, “He thinks of the unthinkable. Usually, it turns into discussion but good discussion. It’s much needed in the room, for sure”.

Of course, they didn’t give Daniels $26.5 million over three years just to be a mentor. They also believe that he can be a Pro-Bowl-caliber starting guard, and they expect him to deliver on that end. But they also expect him to help make those around him better in the process, as well. And it already seems as though he has.