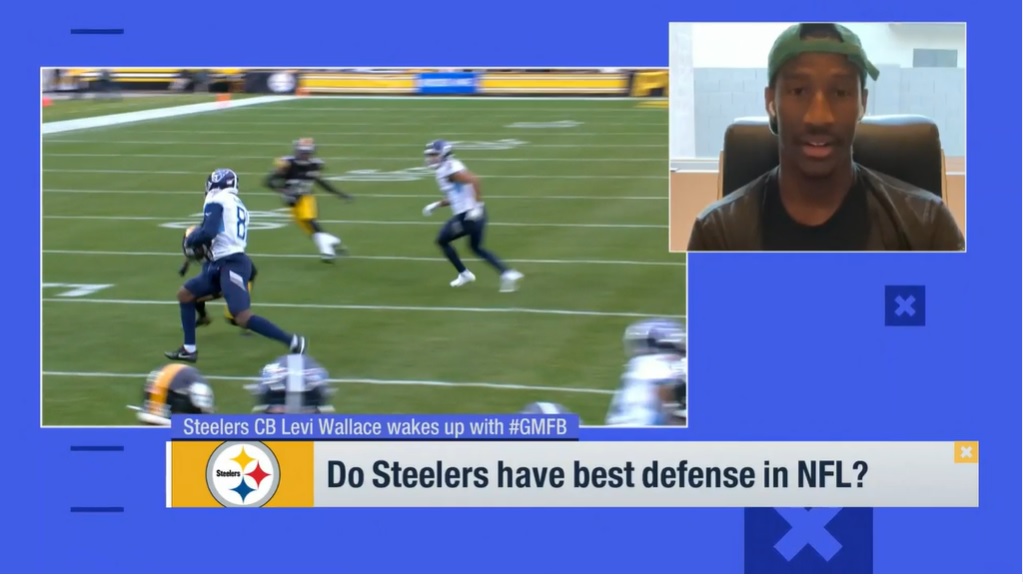 From the bottom to the top. Though he wasn’t part of the Pittsburgh Steelers’ defensive issues a year ago, CB Levi Wallace thinks he can help fix the problem. And his goal, as any good defense should have, is to end the year as the league’s #1 group.

“I think for sure,” he said when asked if Pittsburgh’s defense could top the NFL. “It’s definitely a challenge. I think you have to put the work in each and every year. Teams get better, especially with draft picks…I was only there for the OTAs but you see how hard everyone works and how dedicated they are to their craft. I look forward to the challenge and working with those guys and adding as much value as I can.”

Wallace signed with Pittsburgh, leaving the Buffalo Bills after spending his first four years in the league there. He inked a two-year, $8 million deal with the Steelers to compete for one of the starting corner spots or at worst, rotating in the team’s nickel package which they employ a plurality of the time.

The 2021 Steelers’ defense finished with poor marks across the board. 20th in points allowed, 32nd in run defense, and not nearly enough turnovers created. Wallace will have to rely on the front seven to improve the run defense, but he can help the playmaking in the back end. Pittsburgh picked off just 13 passes last year, down from 18 in 2020 and 20 in 2019. Wallace has never been an incredible playmaker, two interceptions each of the last three years, but a better run defense should create more third and longs and more chances for the Steelers’ secondary to capitalize.

To be one of the top defenses in football, NT Tyson Alualu must play at the same level he was prior to last year’s ankle injury while the rest of the defensive line must step up and play more assignment-sound football. Devin Bush will need to have a bounce-back season, while Myles Jack needs to be the answer at ILB the Steelers have been searching for since Ryan Shazier. A backup EDGE rusher must emerge as a reliable rotational player behind T.J. Watt and Alex Highsmith while the secondary needs to blow fewer coverages and make more plays on the football. They’re in a potent division facing the Bengals, Ravens, and Browns twice a season. Keeping the score down in those games will be key. Pittsburgh isn’t likely to win a whole lot of shootouts this season.