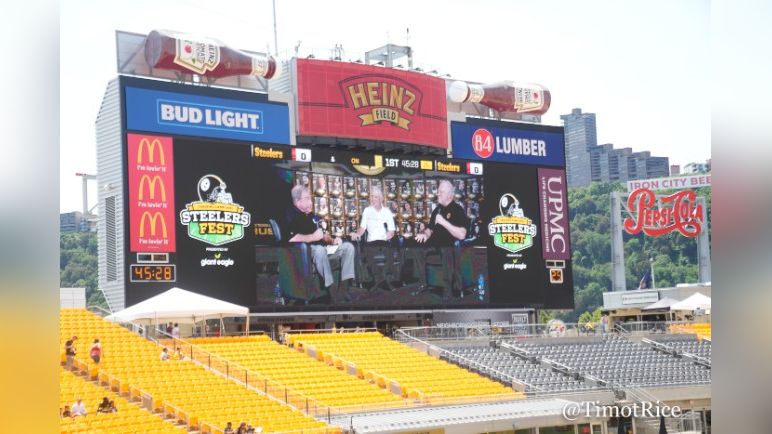 It’s no longer called Heinz Field. But Heinz will have a presence when the Pittsburgh Steelers are at home. Kraft Heinz and the Steelers have reached a five-year deal, the team announced Thursday with the retention of the “Heinz Red Zone” according to the Pittsburgh Post-Gazette’s Mark Belko.

However, the real-life ketchup bottles that became a staple of Heinz Field will not remain above the scoreboard. According to Huzjak, there will be a “digital representation” on the scoreboard of the bottles pouring down. The actual bottles were taken down earlier in the week. It’s unknown what Kraft Heinz plans to do with them, but Huzjak hinted they could be put somewhere on display in the stadium.

“There are some challenges because the bottles are old and the materials provide some challenges,” he told the PPG. “But we’re hopeful to have them on display in a Heinz-sponsored area so the fans can continue to sort of enjoy the history of the building and enjoy that aspect of it.”

Lynsey Elve from Kraft Heinz: “We can confirm there is an agreement and, not only is the Heinz Red Zone staying, but one of the iconic ketchup bottles will be featured at the stadium in a prominent location where visitors can get a coveted photo op." #Steelers #NFL

Heinz lost naming rights to Acrisure, a Michigan insurance brokerage company, who agreed with the Steelers on a 15-year deal reportedly worth $150 million. In a statement after the new, Heinz admitted their offer was nowhere close to Acrisure’s, who will hold naming rights through the 2036 season. Heinz had the original name of the Steelers’ stadium, a 20-year deal that was extended for the 2021 season.

But Heinz will not be forgotten for the next five years, though it won’t be the most prominent name and company on display. Pittsburgh’s home opener comes in Week 2 against New England.