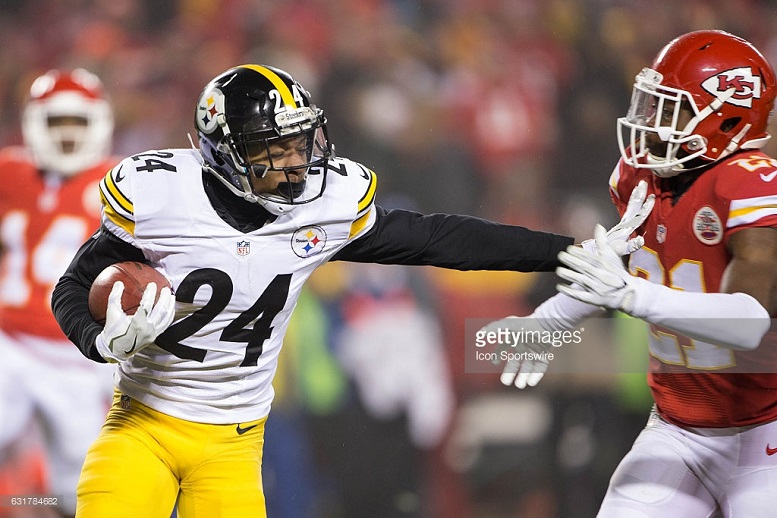 We are continuing our series looking at Kevin Colbert’s best and worst trades as the Pittsburgh Steelers’ general manager. In 2016 in an intra-division trade, the Steelers sent a 2018 sixth-round draft pick to the Cleveland Browns for CB Justin Gilbert. After being selected eighth overall in the 2014 NFL Draft, Gilbert was a bust through his first two seasons in the league. Coming out of Oklahoma State, he was lauded for his speed and athleticism, running a 4.37 40-yard dash. He was also praised for his long arms which helped him in press coverage, and paired with his speed looked to be a potentially dangerous asset.

However, despite all the physical tools, the performance just didn’t translate. Gilbert had just one interception through his first two years in Cleveland and was consistently targeted when he was on the field. Still, Pittsburgh saw a guy who was considered the best corner in the 2014 Draft, and with a need at corner jumped at the opportunity to try and turn his career around. Pittsburgh had already drafted Artie Burns in the first round of the draft, and the hope was that the two young corners could form a tandem that would stick in Pittsburgh for years to come.

Gilbert lasted one season in Pittsburgh, playing just 12 games. He racked up all of three tackles and was relegated almost exclusively to special teams duty. He logged just 11 defensive snaps all season, with his biggest contributions coming on kick return duty, as he returned three kicks for 69 yards. In short, the trade did not work out the way the Steelers hoped.

Just like with Brandon Boykin, Pittsburgh was Gilbert’s last stop in the league. He never played another down for an NFL team and ended up getting suspended twice for violating the league’s Substance Abuse policy following his release from Pittsburgh.

Gilbert was one in a long line of Cleveland Browns draft busts, but they were smart to get out from him in two years. For Pittsburgh, the cost of a sixth-round pick was relatively minor, but giving up draft capital for net-zero players isn’t something teams should make a habit of. Cleveland subsequently traded the sixth-round pick to the Bucs, who selected LB Jack Cichy, who had seven tackles in three seasons in the NFL. Ultimately, the trade goes down as a failure just because of how bad Gilbert was. Only being able to log 11 defensive snaps on a defense where Ross Cockrell and Burns were heavily featured says a lot about Gilbert’s talent level.

At the time, it seemed like Gilbert was worth the flier. However, no one knew just how bad he truly was at the time. Gilbert just wasn’t cut out for the NFL, and the fact that it cost Pittsburgh a sixth-round pick to find that out makes this one a bad trade in Colbert’s tenure.