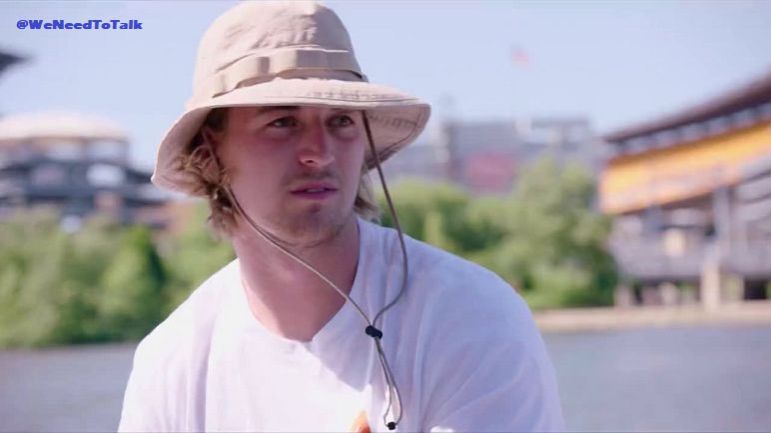 For the first time in nearly decades, the Pittsburgh Steelers have a new heir apparent at quarterback in Kenny Pickett, their first-round draft pick. He is the first quarterback the team has taken in the first two rounds since they drafted the man who just retired, Ben Roethlisberger, 11th overall in 2004. The man to whom Pickett is supposed to be the heir.

Despite the great success that Roethlisberger brought to Pittsburgh—he is widely regarded as the best quarterback in team history and a first-ballot Hall of Famer when he is eligible—Pickett understands that his path to success is not to try to be the next Big Ben, but rather to be himself, which is precisely what Roethlisberger told him.

“I had a great talk with him. He just told me to be myself and be the best player that I could be and that’s kind of how simple it is”, he told Aditi Kinkhabwala on a segment of her We Need to Talk program that aired this evening. “The outside noise of everyone looking in on that will make it however they want to turn it. But I just know I need to handle my business and play the game the way I know how to play, and everything else will take care of itself”.

.@kennypickett10 has had his eye on two very clear goals: going to the @NFL and coming in first place on a fishing boat.

We have seen the football part, let’s check out the fishing part right now with @AKinkhabwala. pic.twitter.com/mRKrjxcr1g

A five-year Pitt Panthers alum, Pickett had a stellar senior season in 2021, leading the team to an ACC title and going 11-2 leading up to the Peach Bowl game which their starting quarterback and other players opted to sit out of.

He threw for 4319 yards during the year, completing 334 of 497 passes with a school-record 42 touchdowns to just seven interceptions. He also rushed for another five touchdowns, amongst the 20 rushing touchdowns he had in his college career.

The Steelers had their pick of the litter during the 2022 NFL Draft in terms of the available quarterback prospects, as none of them had been taken by the time they were on the clock 20th overall. Nobody had taken Malik Willis, nor Sam Howell, nor Matt Corral, nor anybody else. Their decision that Pickett was their guy, then, was left unambiguous.

That doesn’t mean he will definitely be ‘the guy’ as a rookie, however. They signed veteran Mitchell Trubisky in free agency as a potential bridge starter, and at the moment, he is the favorite to start. But Roethlisberger was supposed to open his rookie season in 2004 as a third-string quarterback, after all. They don’t intend to rush him. Their investment is for the long haul. One that they hope will end with a couple more titles and a gold jacket.