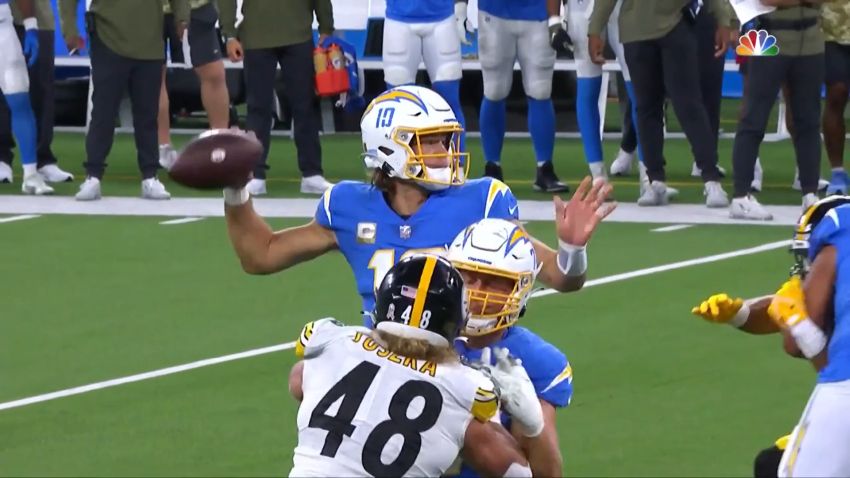 The Pittsburgh Steelers were able to do a lot this offseason to address a number of weak spots in their roster, answering key questions. Whether or not those answers turn out to be right remains to be seen, but they were certainly able to take bigger swings addressing some questions than others.

One area at which their response was rather muted was at outside linebacker. While they believe that they have their starters in T.J. Watt—the reigning Defensive Player of the Year, after all—and Alex Highsmith—but I wouldn’t blame you if you couldn’t name another one that they have on the team.

Only one other returns from last year’s 53-man roster (and another from the practice squad), that being Derrek Tuszka. And despite the signings of Genard Avery and Tuzar Skipper, at least Mark Kaboly believes that the third-year former college free agent stands the best chance of being the Steelers’ primary backup outside linebacker, regardless of which side. For now.

Providing some thoughts for every player on the roster, Kaboly, writing for The Athletic, recently offered that “At this point, Tuszka has the best chance of being the top backup at both outside linebacker positions”. He does also say that it’s hard to imagine them not going into the season with a veteran backup like they did last year with the Melvin Ingram signing.

They do have six outside linebackers on the 90-man roster behind their starters. In addition to Tuszka, Avery, and Skipper already named, they also have Delontae Scott (returning from last year’s practice squad) in addition to a pair of rookie college free agents: T.D. Moultry and Tyree Johnson.

Avery has by far the most playing experience of this group, a sixth-year veteran who does have 17 starts under his belt, whereas Tuszka has under 300 total defensive snaps played in his two-year career, mostly last season in Pittsburgh after spending his rookie season in Denver as a special teamer.

Kaboly doesn’t have much to offer with regards to how Avery or Skipper looked during OTAs and minicamp (Skipper was signed very late, so that’s not a shock), but it was assumed by many when Avery was first signed that he would be that third guy.

On Johnson, he does note that the rookie was limited throughout OTAs and minicamp due to a “nagging injury”, but that’s about the only thing that he had to say about how any of the outside linebackers made it through this year’s actual on-field offseason workouts.

It does raise the question of just how much weight to put into his claim that Tuszka has the best chance of being the primary backup on both sides. Is that based on what he saw out of the outside linebackers this spring? Is that based on things that he’s been told? Or is it just based on the fact that he is the guy who is coming back from last season?

Either way, as mentioned, he seems to expect that the Steelers will add another player to this group who is likely to be a little more significant as a reserve than those already named. It’s not an unreasonable hunch, as it’s clearly one of the thinnest positions on the roster in terms of proven commodities.