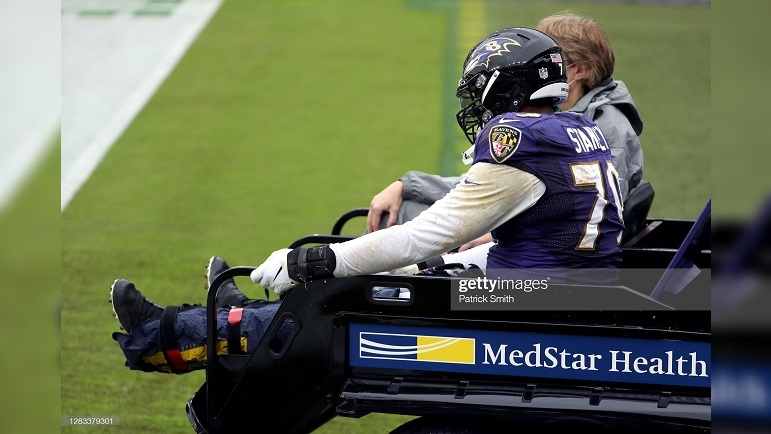 The Baltimore Ravens were in position to secure the number one seed in the AFC with a month and a half remaining in the regular season. Then things fell apart, they finished the year on a six-game losing streak, and posted an 8-9 record that saw them finish last in the North.

There are plenty of excuses one could make for them. For starters, Lamar Jackson missed most of those games. That was right around the time that they also lost Marlon Humphrey, having already missed Marcus Peters all season—along with plenty of other players.

Their top three running backs all went down with season-ending injuries in the month leading up to the start of the regular season. And their All-Pro left tackle Ronnie Stanley didn’t last much longer, after trying and failing to successfully return from injury. But they still expect him to be back in form for 2023.

“I expect him to play like Ronnie Stanley”, Ravens head coach John Harbaugh said of his left tackle last month. “He’s really motivated to do it. Just talked to him again today. He’s chomping at the bit to get back. If he plays like Ronnie Stanley, and even better, then the significance is almost immeasurable. And that’s what we’re hoping for”.

Of course, it’s one thing to hope for something and another to receive it. Stanley has only played 68 snaps of football since his original injury on November 1, 2020. That’s a long time to have played very little football.

The sixth-overall pick in the 2016 NFL Draft, Stanley steadily improved over the course of his career, culminating in his being named a first-team All-Pro during Jackson’s first season as a full-time starter for the Ravens. He was on his way to another such distinction in 2020, with a new contract to show for it, when he tore his ACL on the day after Halloween.

He’s only played in one game since then, but it’s not like there’s much else you can do but hope. This year, though, they don’t have Alejandro Villanueva to fall back on, who retired at the end of the 2021 season after one season with the Ravens.

Baltimore did sign Morgan Moses in free agency, who would presumably start if Stanley couldn’t. They also have Ja’Wuan James, but he would likely be their right tackle. He had a brief stint playing left tackle back in 2014, but it did not go well.