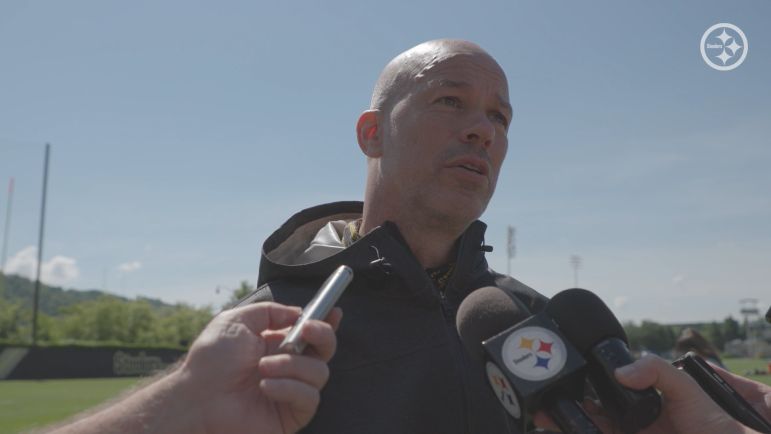 The Pittsburgh Steelers’ run defense was not good in 2021. In fact, it was the worst run defense in the NFL, as Pittsburgh gave up an average of 146.1 yards per game. Inside linebackers coach Jerry Olsavsky told Mike Prisuta of Steelers.com that isn’t acceptable.

In 2020, Pittsburgh finished 11th against the run, but the loss of Stephon Tuitt for the season and the Week 2 loss of Tyson Alualu for the season in 2021 hurt Pittsburgh’s run defense more than anyone would’ve thought.

“Stopping the run is a seven-man or an eight-man proposition up front,” Olsavsky said.

If the Steelers are going to get back to the playoffs, the run defense absolutely has to improve. While Pittsburgh allowed the ninth-fewest passing yards per game in the league, the defense has to be balanced and give the offense more opportunities to score. If teams run all over them, Pittsburgh could lose the time of possession battle, and with a young offense and an evolving system, giving them as many chances to score as possible will be crucial.

The addition of Jack is a key one, as he should be an upgrade over ILB Joe Schobert. Schobert struggled in his only year in Pittsburgh, and if Jack plays to his potential and Devin Bush improves from his letdown of a 2021 season, the linebacker play should boost the run defense. Adams showed potential as a run-stuffer when he played last season, and adding Ogunjobi while bringing back Alualu will help the defensive line in a variety of ways. Alualu’s return in particular could be key for the Steelers.

Last season, Minkah Fitzpatrick led the team in tackles and Terrell Edmunds was third. That’s not a winning formula. If the new additions can make their expected impact, Pittsburgh should at least be a top-20 team against the run, if not better. If they can get to that level while maintaining or improving their pass defense, the defense will be fine. If they fail to stop the run like they did last year, it could be a bit of a long season.