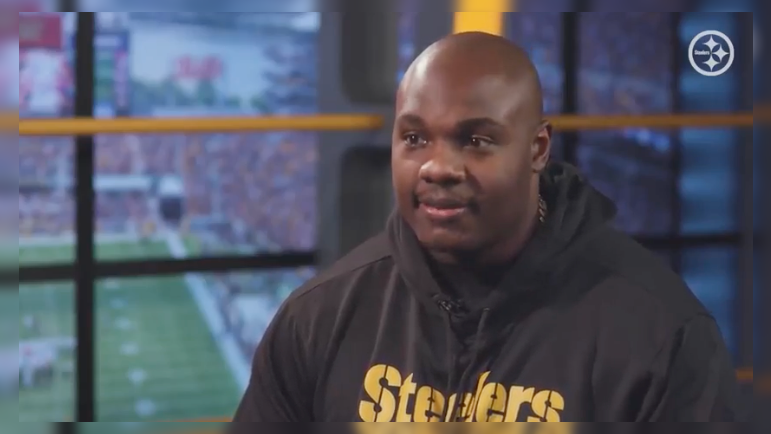 The Pittsburgh Steelers signed James Daniels this offseason with the intention of improving an offensive line that really struggled last year. Talking to Brian Batko of the Pittsburgh Post-Gazette, fellow offensive lineman Dan Moore Jr. was impressed with Daniels’ knowledge.

“Just the way he breaks down film, studies film, the way he looks at things, the questions he asks,” Moore said. “You ever have that kid in your class who asks a question you never would’ve thought of? That’s just the way his brain works. He thinks of the unthinkable. Usually, it turns into discussion but good discussion. It’s much needed in the room, for sure.”

Any change to the way the offensive lineman room is operating is probably not a bad thing. With how bad the O-Line was last year, getting a guy like Daniels who has starting experience, has shown flashes of being a really good player, and is someone who is genuinely curious about the game can only be a positive sign for the Steelers.

Daniels was a priority signing for Pittsburgh, and he’s more than likely going to be an upgrade over what Pittsburgh got from Trai Turner last season. While Turner is a respected veteran, his best days are behind him. At only 24 years old, Daniels might still have his best football ahead of him, and his curiosity/football IQ can help bring that out of him.

Another factor that Daniels could benefit from is culture. Over the last few years, the culture within the Chicago Bears just wasn’t that great, with coaches and executives constantly being rumored to be on the hot seat. I can’t imagine it was a great environment to be a part of, but in coming to Pittsburgh, Daniels is joining one of the most steady organizations in the NFL. It’s a little bit of a cliche, but culture really does matter and Daniels being exposed to Pittsburgh’s should hopefully help his development and his career.

The Steelers are going to need Daniels to keep up and build upon the level of play he exhibited in Chicago. With a young offense, Pittsburgh will need to keep their quarterback upright and keep running back Najee Harris churning out positive gains. Too often, Pittsburgh experienced no yards gained or a loss of yards which can set any offense back. With a lot of turnover on the offensive side of the ball, the Steelers need to keep their offense moving in the right direction more than ever, and that responsibility rests on the offensive line.

I really think Daniels was as good of a signing as Pittsburgh could’ve made this offseason. It seems as if he’s fitting right in, and I’m willing to bet he has a really good career with the Steelers.