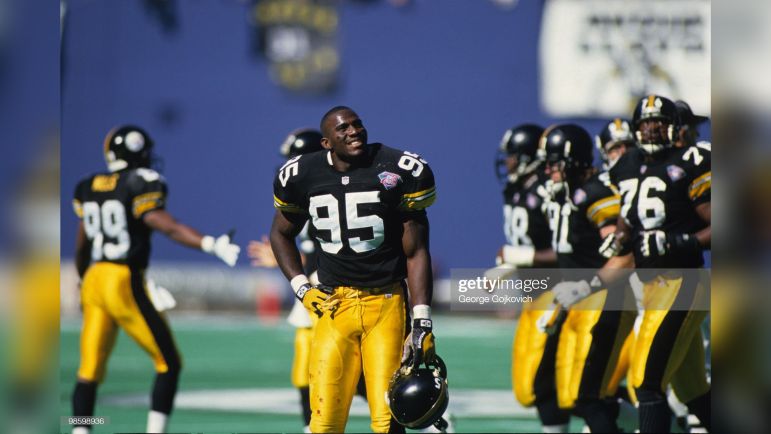 Greg Lloyd personified what football was all about for a lot of Pittsburgh Steelers fans during the 1990s. He made up a core part of that team’s dominant defense that nearly brought the city a Super Bowl—and probably would have, if not for a certain quarterback’s rough performance.

Of course, when it comes to Lloyd, it’s not about just what he did on the field, but also the attitude that he brought to the game. And when I say ‘attitude’, I’m not just talking about nastiness and physicality. I’m talking about work ethic and selflessness. That’s the part that he wonders is still present in today’s game.

Good teams become great when they have a selfless culture, with players taking it upon themselves to invest in their teammates for the good of the whole. Passing skills on from one generation of players to the next should be a part of every great player’s job.

“If you are working harder than him, it doesn’t matter. But what it is is it’s going to make our team better, and at some point, we’ve got to pass the baton”, he added, explaining that as long as you always put in the work and never let anybody outwork you, you’re maintaining your role. But the future comes sooner or later. “The baton’s gonna get passed”.

Of course, that still happens in the league today. There are certainly the Cameron Heywards of the world, and we have recently seen a trend of prominent players at specific position groups putting together conferences where players at those positions gather and talk shop, such as Tight End U.

But does that player-to-player communication happen as often as it once did? Lloyd, at least, wonders, during the age of the player over the team. “I think in this new era of guys, it’s a ‘me’ game. It’s all about me. ‘Watch me, look at me, I got this many sacks’”, he said.

“But it’s like, what’s the rest of the team doing? What’s going on with the rest of the team? If you’re doing that, show the guy on the other side how to do that”, he added. “If you can do that, then wouldn’t it be that much more of a better team if one or two guys who were unique in their position or so-called superstars or All-Pro could get a bunch of guys that are not as good and show them the workout and show them the tutelage that you have and then pass it on and not be afraid to share the spotlight?”.

Lloyd was drafted in the sixth round by the Steelers in 1987, and he played for them through the 1997 season, making numerous Pro Bowls and All-Pro lists along the way, despite having only ever put up 10 sacks once in his career. His 36 career forced fumbles—including 28 in a five-year span—probably didn’t hurt his cause.