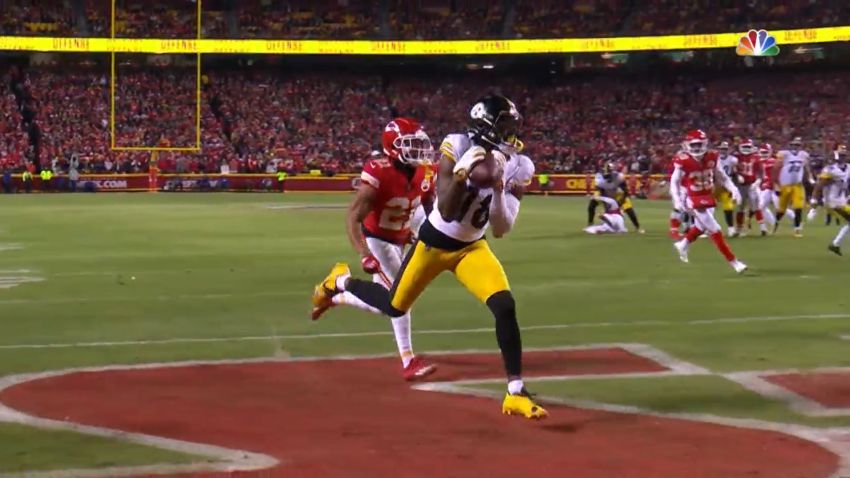 The Pittsburgh Steelers tend to be as good as anybody in the league in successfully extending or re-signing the vast majority of the players that they really want to keep around—the kind of guys who, on the open market, would be fetching top dollar and things of that nature.

They already got their biggest priority of the offseason taken care of last month with the extension of All-Pro safety Minkah Fitzpatrick, but they have some other contracts expiring after this season that they must consider as well. There is, of course, kicker Chris Boswell, which seems like a no-brainer. But the matter of wide receiver Diontae Johnson is more complicated.

For starters, the market for the position has exploded over the past couple of months, to the point where there are more than a dozen players commanding salaries of $20 million per season or greater. It’s hard to see the Steelers signing up for a deal like that in the next two months.

But what about after the season? Let’s say Johnson has an even better year than he did last year and is able to demonstrate a more dynamic game because of the improvements in the offense—not just from the quarterback position, but from the offensive line and the scheme as well. Do they franchise tag him?

“That’s not untenable”, CBS Sports insider Jason La Canfora recently told 93.7 The Fan during an appearance on the Poni and Mueller program. “It’s high versus what it’s been in the past, but compared to the fully guaranteed money that some of these other teams are putting out there, I’m not gonna call it a bargain but it’s palatable. You can stomach it. You can swallow it”.

While the franchise tag numbers go up when the top salaries go up, the advantage is always that they are only for one year, so as long as you can manage to fit it within your cap, it remains an option, even if the intention is to use it to buy time to work on an extension. If not, at least you have the player for another year.

“It’s not going to handcuff you, especially with the cap [expected to] take a pretty sizeable jump next year”, La Canfora added. “It’s the ultimate mechanism for teams, especially a team like them that is not going to want to fully guarantee $58 million, whatever the number is”.

He is referring to the new contract extension just signed by Commanders wide receiver Terry McLaurin, who was from Johnson’s draft class. He reportedly just signed a three-year deal worth up to $71 million in total, with more than three quarters of the base value of the deal guaranteed. His $28 million signing bonus is also the largest ever for a wide receiver.