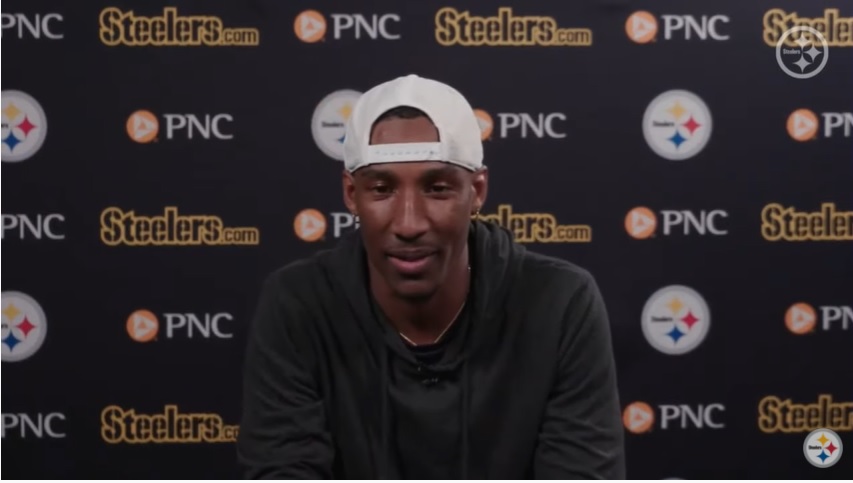 For four seasons in Buffalo, cornerback Levi Wallace flew under the radar as an often overlooked piece of a high-level secondary that featured the likes of Tre’Davious White, Jordan Poyer and Micah Hyde.

Now, after signing a two-year deal worth $8 million with the Pittsburgh Steelers in free agency, Wallace is no longer flying under the radar, instead being asked to replace Joe Haden’s physicality and leadership in a rebuilt cornerbacks room. His level of play might fly under the radar nationally, but his name is a big one in Pittsburgh for the time being.

That said, Wallace continues to get a lot of love as an underrated player for the black and gold, earning the title of the Steelers’ “most underrated player” from Football Outsiders in partnership with ESPN Friday.

“Wallace was an under-the-radar signing from Buffalo, where he turned in a strong 2021 season and allowed the Bills to survive the loss of Tre’Davious White to injury. Wallace was sixth in the NFL in yards per pass allowed, was 21st in coverage success rate and was a strong run defender as well,” Football Outsiders wrote Friday regarding the selection of Wallace as the Steelers’ most underrated player. “His numbers in a vacuum indicate an elite corner — so why was he available in free agency for two years and $8 million?

“Part of it is the perception that the Buffalo defense was so strong Wallace went along for the ride. Part of it is that he played zone for the Bills and lacks man-scheme skills,” Football Outsiders added. “And part of it is Wallace’s background — he walked on at Alabama and went undrafted. Buffalo has the players to replace him, while in Pittsburgh he immediately becomes the team’s top corner.”

Based on his four years of play with the Bills, it was a bit of a surprise to see Wallace become available and for so cheap in the process. He was quietly a big part of Buffalo’s success without White, as Wallace thrived in the zone scheme the Bills employed. Of course, that won’t be the case in Pittsburgh, where they’ll play more man and really test Wallace on his own.

Being an undrafted free agent and a former walk-on at Alabama continues to follow Wallace though, as he tends to get overlooked from a skillset perspective, and instead gets credited for his work ethic and mentality, rather than his actual abilities. That doesn’t seem to bother Wallace, who has dealt with that throughout his entire career, from high school to college on into the NFL.

He’s perfectly fine with being underrated and overlooked, and feels much more comfortable letting his play do the talking for him in the end.