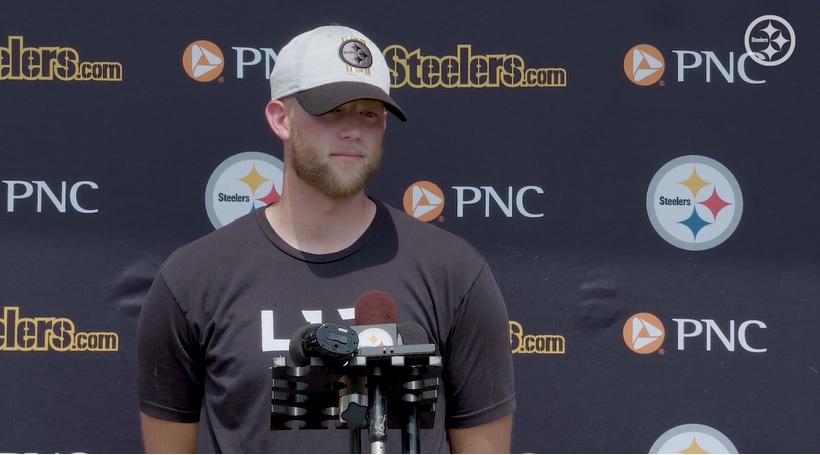 We have talked all offseason about Pittsburgh Steelers kicker Chris Boswell possibly signing a contract extension prior to Week 1, potentially one that will result in him being the NFL’s new highest-paid player at his position. However, with the Steelers now having reported to Saint Vincent College in Latrobe for the start of their 2022 training camp, it seems like work might not yet be underway to get the former undrafted kicker out of Rice locked up for several more seasons.

According to a Wednesday morning report from Gerry Dulac of the Pittsburgh Post-Gazette, the Steelers have not yet started contract discussions with Boswell. The same, however, goes for wide receiver Diontae Johnson, who most speculate won’t get a contract extension done prior to Week 1. That said, Dulac seems to indicate that he expects work on an extension for Boswell will begin. He’s less certain about that being the case with Johnson, however.

Boswell, who is now 31 years of age, is in the final year of his current contract. He’s also currently ranked as the ninth-highest-paid kicker in the NFL with training camps around the NFL underway. He is currently scheduled to earn $3.26 million in 2022 and carry a salary cap charge of $4,948,334.

Boswell has done an amazing job when it comes to elevating his overall status as an NFL kicker over the years, especially when you remember back to the disastrous 2018 season that he had. That season, Boswell made just 13 of his 20 total field goal attempts. Additionally, he missed five of his 48 total extra point attempts in 2018. Since then, Boswell has missed just seven of 91 total field goal attempts during regular season action. He’s also missed just six extra points out of 95 total attempts since 2018.

As we have stated several times this offseason, it will be a huge surprise if the Steelers don’t get Boswell signed to a contract extension by the time the team opens their 2022 regular season on the road against the Cincinnati Bengals. Such an extension shouldn’t be hard to hammer out once talks begin.

As for Johnson, we’ll see what happens or doesn’t happen with him the rest of this summer. Steelers head coach Mike Tomlin seemed to indicate on Tuesday that he doesn’t expect Johnson will have any sort of camp hold-in at Latrobe. Johnson is currently scheduled to earn $2.79 million in 2022. The former third-round draft pick out of Toledo has watched the wide receiver market explode this offseason, and there are now 22 wide receivers earning $15 million or more per year.