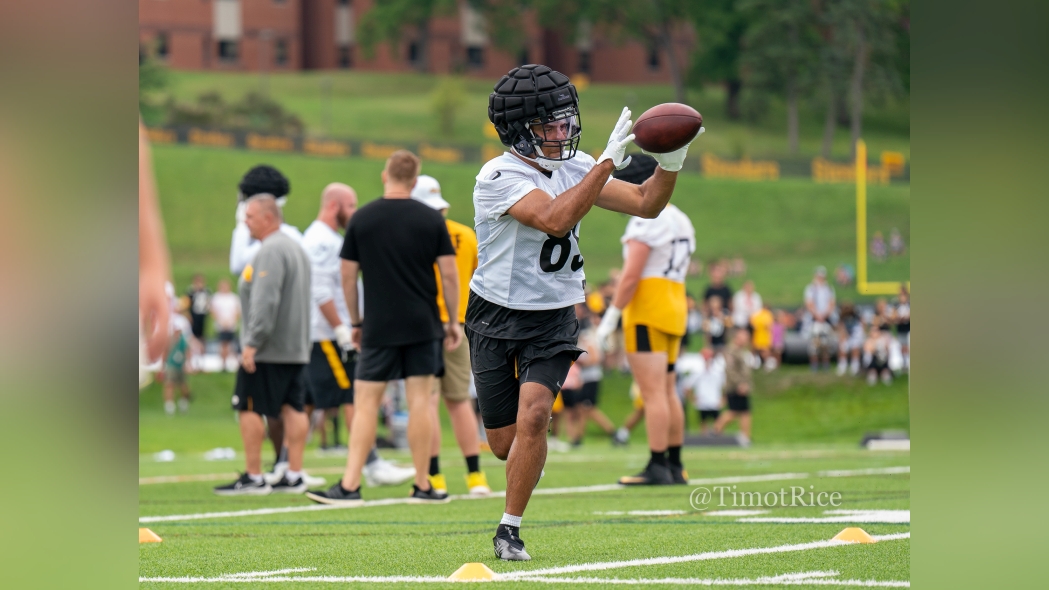 However, there is always one aspect that every athlete can control: their effort.

I know it sounds cheesy, and I feel cheesy writing it now, but effort and attitude stick out like a sore thumb to coaches, both in a positive or negative way. On-one-hand, you can have constant effort in practice, meetings, and games, being dialed in one hundred percent of the time while being an energy guy the rest of the team feeds off of. On-the-other-hand, you can have piss poor effort, seeing the lack of opportunities given to you as an insult to you perceived skill level and focus about yourself rather than the interests of the team.

According to Mike Tomlin, Swiss Army Knife TE/FB Connor Heyward has represented the former, not the latter thus far in training camp.

“He’s just highly competitive,” Tomlin said about Heyward and his performance this far via video provided by the team’s website. “He warmed up to the competition and his skills were on display. He didn’t shrink in the face of it.”

Not exactly a magic ball into what Tomlin foresees the future of Connor Heyward’s role being this season, but still positive comments all-around for the rookie just getting his feet wet in the NFL. Having gone through a position change just a year ago at this time, Heyward made the change from running back to tight end/fullback to best help the team and improve his draft prospects. He managed to do both and finds himself playing on the same team as his older brother, Cam Heyward, and is fighting for a roster spot.

Heyward can’t control where the coaches line him up at or how many snaps he gets at the position he plays, but he can control the effort in which he plays said role. Based on Tomlin’s comments, effort hasn’t been an issue thus far for Heyward as he has shown his competitiveness after acclimating to the speed of the NFL game. He will have to string together more positive practice sessions as well as make a couple of plays in the preseason to secure a roster spot with the Steelers in 2022, but Heyward is doing his best to control the controllables in the beginning stages of training camp.