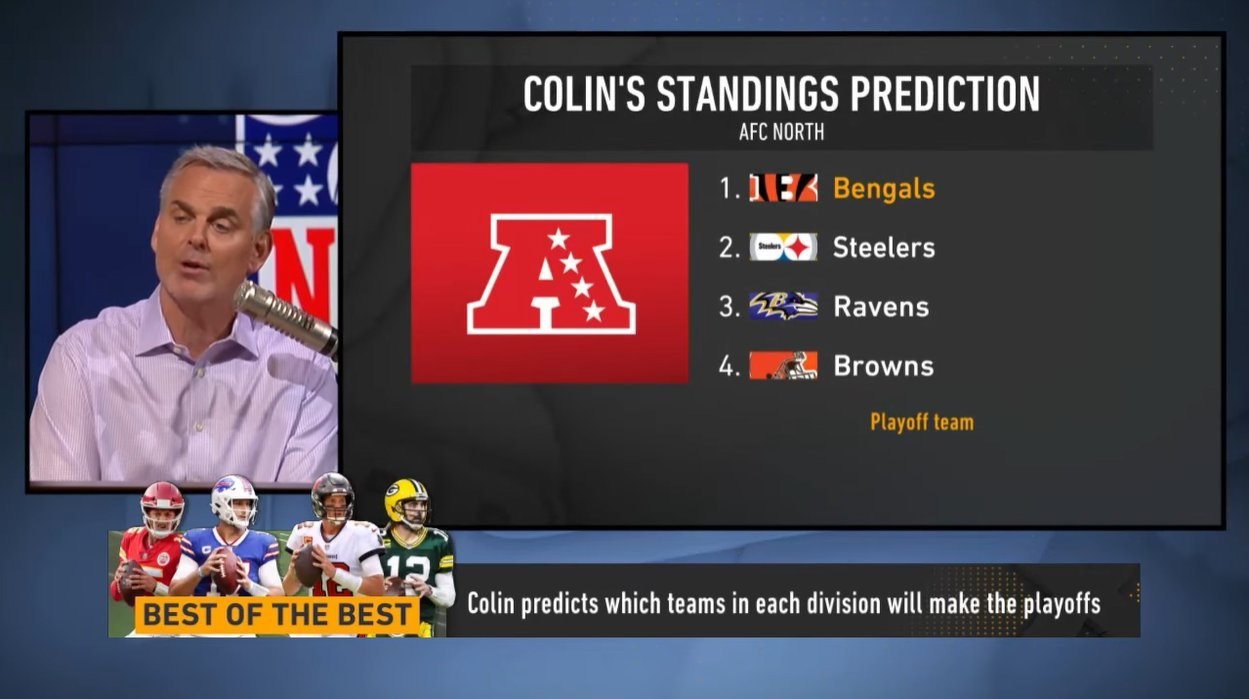 Colin Cowherd has been hard on the Pittsburgh Steelers’ offseason especially around the perception (though not necessarily reality) that the team isn’t investing enough in its offense. Unveiling his AFC North predictions Wednesday, he’s picking the Steelers to finish second in the division but still miss the playoffs.

Here’s what he said on Pittsburgh.

“The Steelers aren’t dynamic enough at quarterback to get to the playoffs.”

It was a rapid-fire set of early predictions, ones that I’m sure will change from now until September, so his commentary on the Steelers is short. But it’s consistent with what he’s said throughout the offseason, not believing Pittsburgh has enough firepower with whoever they choose at quarterback, Mitch Trubisky or Kenny Pickett. Still, he puts the Steelers ahead of Baltimore and their MVP QB Lamar Jackson because of the Ravens’ “weird offseason” and believes the Browns’ Deshaun Watson will be suspended for six games, putting Cleveland “behind the eight ball” to start the year.

Baltimore has a case to make for a bounce-back year. They finished just one game below .500 despite losing their top three running backs before the season even began and being crushed by in-season injuries at cornerback. They lost Lamar Jackson for the final month, sending them into a losing spiral that sent them from first to fourth in the division. It’s hard to imagine they’ll have the same terrible injury luck this year. They’ll return OT Ronnie Stanley and drafted well with a pair of first-round picks, selecting S Kyle Hamilton and C Tyler Linderbaum.

With just one representative for the North, Cowherd has three teams making the postseason from the AFC West, widely considered football’s top division. He has the Denver Broncos winning it with the Kansas City Chiefs and Los Angeles Chargers as Wild Card teams. Trading for Russell Wilson certainly boosts Denver’s chances but winning the West is still a mild surprise. Other AFC division winners include the Buffalo Bills from the East and Indianapolis Colts from the South. The Miami Dolphins are his final Wild Card team.

You can check out the whole clip below including his thoughts on the NFC.