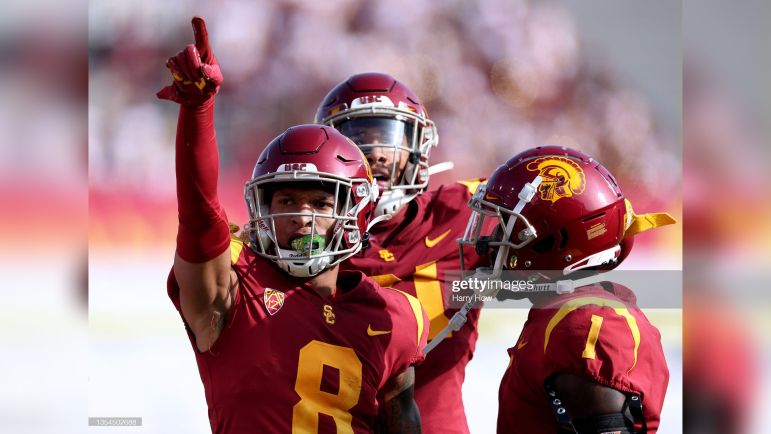 With the Pittsburgh Steelers opening up training camp for the first time in three years back at Saint Vincent College in Latrobe, all eyes will be on the quarterback competition featuring veteran free agent signee Mitch Trubisky, incumbent veteran Mason Rudolph, and first-round pick Kenny Pickett.

Aside from all eyes being on the quarterback battle, plenty of attention will be paid to the other position battles at left guard, along the defensive line, and in the secondary, at least from a depth perspective. One of those names to watch in training camp starting Wednesday at Saint Vincent College, at least in the secondary, is undrafted free agent Chris Steele, who joined the Steelers minutes after the 2022 NFL Draft concluded, signing a UDFA deal with the black and gold after a few seasons at the University of Southern California.

“Steele logged 12 passes defended and three interceptions in three seasons with the Trojans,” Knox added regarding Steele. “A former four-star recruit, Steele has loads of untapped potential. The question, of course, is whether he can put everything together as a pro. That could take time, but Steele’s physical tools should allow him to make a bid for special teams or the practice squad as a rookie.”

Discussion for best Pac-12 CB in 2021 is absolutely going to include Chris Steele pic.twitter.com/oGFdwnGXBW

Steele, one of the biggest names the Steelers signed as an undrafted free agent following the 2022 NFL Draft, possesses good overall size and athleticism and is a good athlete overall that has shown the ability to handle man-coverage duties at the collegiate level. A former four-star cornerback, Steele found himself as the fifth-ranked cornerback in the nation coming out of high school, right there with the likes of Derek Stingley Jr., Kaiir Elam, Andrew Booth Jr., and more.

There’s certainly some physical tools to work with when it comes to Steele. Though his testing numbers at his Pro Day were certainly concerning, he looked much better on tape than the numbers showed.

As Alex Kozora wrote in his UDFA profile on Steele, chances of the USC product being a diamond in the rough of the Steelers appears very slim. But with his size and overall athletic profile, he could show some flashes in training camp, leading to a spot on the practice squad, at least for the 2022 season.