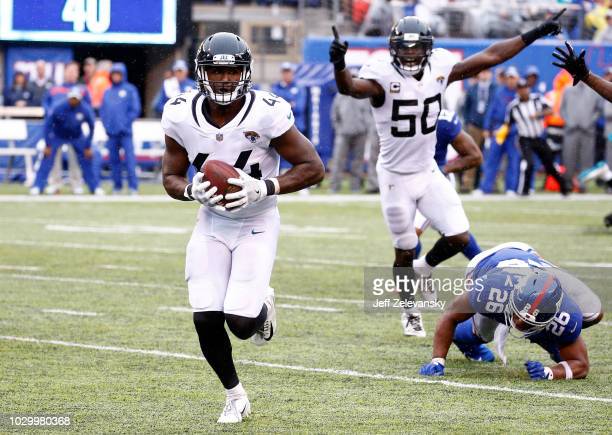 If you were listening to last week’s edition of The Terrible Podcast with Dave Bryan and Alex Kozora, you would have heard the two’s conversation on the topic of TE Pat Freiermuth becoming the Steelers’ most likely first-time Pro Bowler by NFL.com Nick Shook. Both Dave and Alex recognized that it may be difficult for Freiermuth to make the Pro Bowl at TE over the likes of Travis Kelce and Darren Waller already having a claim to those spots, but instead recognized either CB Ahkello Witherspoon or LB Myles Jack as other more-likely options to receive potentially their first Pro Bowl nod.

While I personally find it hard for Witherspoon to earn that spot given the other names up for debate and the ball production he would have to have, I do think that Jack has a plausible argument to be selected as a Pro Bowler for the first time in his NFL career and in his first season in a Steelers uniform, nonetheless.

Coming out of college, Jack was widely recognized as one of the most athletically gifted prospects in his draft class. My colleague and current Senior Draft Analyst for NFL.com Lance Zierlein recognized Jack as a perennial All-Pro talent coming out of UCLA, stating that if Jack could bounce back from the knee injury he suffered in his final season, he could become a “high-end talent early on in his career”.

Jack was widely considered a top five talent in the draft but ended up slipping to the 36th overall pick in the second round of the 2016 NFL Draft where he was selected by the Jacksonville Jaguars. After seeing limited play time in his rookie season as he continued to rehab back from his injury, Jack became a 16-game starter in 2017, helping Jacksonville make it all the way to the AFC Championship Game where they would fall just short of a Super Bowl appearance to the hand of Tom Brady and the New England Patriots.

Jack would go on to start 82-of-88 games played in Jacksonville in six season, logging 513 total tackles, 19 TFLs, 6.5 sacks, three INTs, 15 PBUs, two forced fumbles, four fumble recoveries, and two defensive TDs. The new regime in Jacksonville decided to part with Jack’s heavy contract this offseason after just being extended in 2019, releasing him as a cap casualty. The Pittsburgh Steelers didn’t take long to get Jack on the phone and signed him to a two-year deal worth $16 million to pair him alongside Devin Bush at the ILB position.

When looking at Jack, you see a naturally gifted linebacker that has the speed to run sideline-to-sideline in pursuit of the ball as well as the ability to cover in pass coverage. He does his best work when allowed to run unimpeded to the ball, struggling at times to fight off blocks. This likely led to a lack of overall production during his time with the Jaguars, playing on a defense that bled yards and points in droves to the opposition after the 2017 unit imploded around him.

Along with Jack’s inconsistent play as a downhill run defender is his overall lack of splash plays to start his NFL career. One would think that a player of Jack’s talent level should produce more splash plays than he has thus far, as we have seen instances of such plays and the player Jack was touted to be coming out of UCLA. However, while Jack should field some blame, you can likely again point to the poor situation around him from an environment standpoint, having to account for other issues on the defense rather being allowed to play loose and free compared to having to stop an onslaught where the offense can’t score any points and the rest of the defense doesn’t provide much help.

Obviously, Pittsburgh is coming off a putrid season when it comes to stopping the run. Still, there should be some optimism for Jack in his first season in Pittsburgh. He will have the likes of Cam Heyward, Tyson Alualu, Larry Ogunjobi, and other playing in-front of him along with T.J. Watt and Alex Highsmith on the edges. This talent upfront should allow Jack to make more plays on the ball instead of having to consistently fend off blocks, something that he still needs to do, but shouldn’t have to do every play.

Jack also should be in position to lead the team in tackles in 2022 over S Minkah Fitzpatrick who did so last season out of necessity because the front seven played so poorly. As Dave said in the recent podcast on the matter, “He needs to do the stuff that Minkah Fitzpatrick doesn’t need to do.”

Dave is correct when he mentions that I religiously listen to the podcast, and I also endorse making that quote into a bumper sticker.

When it comes to more splash plays, I do think Jack will be in-position to create more in 2022 than in previous seasons in Jacksonville. He will have a better overall supporting cast around him on defense, and he also will benefit from the instruction of Mike Tomlin and Brian Flores coaching him up, something that Jack has already acknowledged as a true blessing.

To put it in perspective, the ILBs representing the AFC in the Pro Bowl in 2022 were Darius Leonard of the Colts and Denzel Perryman of the Raiders. Jack would be hard-pressed to beat out Leonard for a Pro Bowl nod, but to say that he can have a similar season to that of Perryman shouldn’t be far-fetched. Perryman got traded to the Raiders from the Panthers with a seventh-round pick in-exchange for a sixth-round pick. In 15 games with the Raiders last season, Perryman posted 154 tackles, five TFLs, three PBUs, a forced fumble, and two fumble recoveries. Outside of the gaudy tackle numbers, none of those stats really stick out.

Thus, if Jack is healthy entering the 2022 season and Pittsburgh is in better position giving the additions upfront along the defensive line to hold the point of attack against the run, I do think that Jack has a realistic chance of hearing his name selected for his first Pro Bowl this season. He has the requisite talent and has flashed the splash play ability needed to make an impact at the LB position in the past. Now he just needs to put it all together, and hopefully for the sake of the Pittsburgh Steelers, a change of scenery will help him accomplish just that.

What are your thoughts on Myles Jack? Do you think that he could be selected to his first Pro Bowl? What is your reasoning? Please leave your thoughts in the comments section below and thanks again for reading!