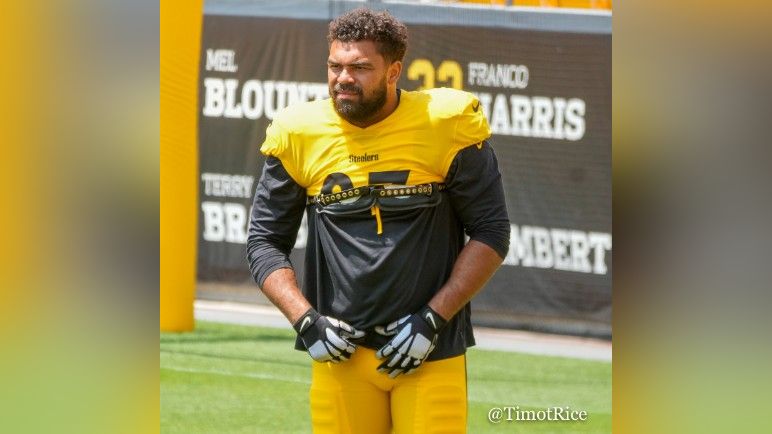 Cam Heyward fared better in Touchdown Wire’s DT rankings than he did on ESPN, where he placed fifth, ranking third in Doug Farrar’s rankings heading into the season. Still, it’s hard to see Heyward miss the top two spots. On Farrar’s list Heyward finished behind Aaron Donald and Jeffrey Simmons.

Focusing on Heyward, Farrar wrote the following about his game:

“In 2021, Heyward made his second All-Pro team in the last three years, and his third in the last five. He’s starting to build up a pretty decent future Hall of Fame resume at age 33, and it’s possible that with better reinforcements alongside him, the best is yet to come.”

Despite the Steelers’ 32nd-ranked run defense, Heyward had arguably his best season in the league of his stellar career, putting up ten sacks while posting 15 tackles for loss, second most of his career. He’s gotten better even as he approaches his mid-30s and boasts the league’s most potent bull/long-arm rush. He’s equally strong against the run as he is the pass, plays the game with fanatical effort, and is the a team leader and captain.

Donald being placed in the top spot is understandable. But though Simmons had a great year, Heyward put up better numbers across the board. A quick comparison.

Heyward comes out on top in every category. Heck, even his PFF grade lapped Simmons’ 91.0 to 71.9. Because he’s younger, someday Simmons will top Heyward. But that day isn’t today.

That rant aside, Heyward has at least received overdue recognition in recent years. It helped when the Steelers changed his label from DE to DT, ensuring he wouldn’t compete with EDGE rushers for Pro Bowls and All-Pros. It’s helped the national media see Heyward’s name more often and he’s helped himself by becoming a visible face on TV and podcasts, including starting his own.

Farrar’s blurb ends by mentioning Heyward’s chances for the Hall of Fame. He’s making a late-career surge to put himself in that conversation with three Pro Bowls and two All-Pro appearances the last three years. But to actually have a legitimate shot at Canton, he’ll have to keep up his pace for at least another two years and probably a third. If he does that, he’d end his career with say, eight Pro Bowls and five All-Pros. The only DTs with at least five All-Pros who aren’t in the Hall are Aaron Donald, still playing and a first-ballot dude, and Kevin Williams, who lacked elite-level production for most of his career.