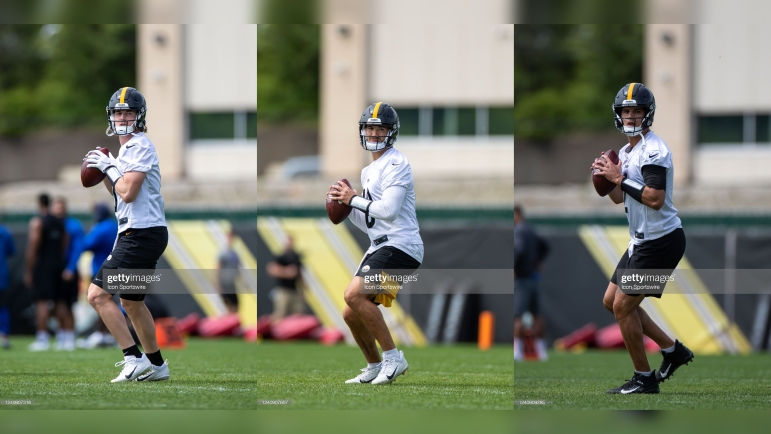 Topic Statement: We won’t have to wait long to know who the Steelers’ starting quarterback is going to be for the season opener.

Explanation: For the first time since 2004, the Steelers are not absolutely sure who their starting quarterback is going to be. Since that point and up to now, it’s always been Ben Roethlisberger. Now retired, his position is being contested by veteran free agent Mitch Trubisky, incumbent backup Mason Rudolph, and rookie first-round pick Kenny Pickett. Trubisky, though, has been spoken of by teammates and even coaches as pretty clearly the number one guy.

Nobody has really made this a secret. Mitch Trubisky is the starter. It’s his job to lose like any starter can lose their job by simply not playing well. But he is a quarterback who has talent. He’s not going to look bad or lost in training camp. He showed up during the Buffalo Bills’ training camp last year.

And the thing is, the Steelers don’t have time to waste. Once it’s obvious Trubisky is the starter, they’re going to have to concentrate on getting him ready, so it’s going to be quite apparent to everybody who the starter is. Pickett will nominally get his shot, but he would have to set the field on fire to have a chance.

Trubisky was the starter because he was the new veteran. They needed to see more from him, but they also needed things to run smoothly, to it made the most sense to start the new veteran rather than the old veteran or the new rookie.

Like, do you think they don’t want Pickett to start? They drafted him to be a starter, and one of the principle things that they liked about him was his NFL readiness. If you don’t think he’s going to get a genuine chance to make a run at the starting job, you haven’t been paying attention, and that’s going to be a month-long contest.