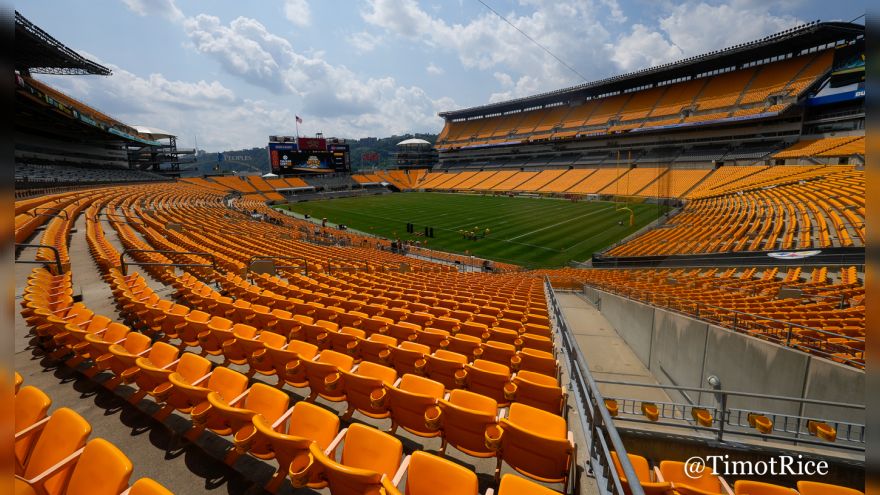 As if to add more salt to the wound that remains rather fresh and burning at this time, Steelers.com’s Bob Labriola — in his latest Asked and Answered mailbag for the team’s official website — stated that the sense he’s gotten regarding the name change of the Steelers’ stadium from Heinz Field to Acrisure Stadium came after Kraft Heinz was “given every opportunity” to retain naming rights before Steelers moved on.

Of course, the Steelers came to an agreement with Acrisure and Co-Founder, Chairman and CEO Greg Williams in early July, setting on a 15-year, $150 million partnership to re-name Heinz Field to Acrisure Stadium effective immediately. That agreement came on the heels of Kraft Heinz’s partnership with the Steelers — a 20-year, $57 million deal signed in 2001 — came to an end following a one-year extension ahead of the 2021 season.

We’re excited to announce that our home has been renamed Acrisure Stadium! @AcrisureLLC https://t.co/YzjP9Ap10j

Kraft Heinz decided not to renew, stating that they were outbid by Acrisure with a price bigger than the company “could justify.”

“While we worked diligently with the Steelers for several months around a new naming rights deal, they found a new partner willing to pay significantly more than we could justify,” Kraft Heinz said in the statement following the Steelers’ announcement of a partnership with Acrisure. “While our name will no longer be on the stadium, Heinz will remain a significant, long-term sponsor of the Steelers and we’re excited to announce the details of the partnership in the days ahead.”

The name may be changing, but this is not goodbye. Pittsburgh will always be home for Heinz! Our partnership continues and we’re excited for the future and looking forward to next season. Until then, share your #HeinzFieldHighlights with us. pic.twitter.com/3Cq8DC2F1L

That statement was released on July 11. A week later on Monday, the trademark Heinz Ketchup bottles that laid atop the scoreboard at Heinz Field came down as construction is underway to rebrand the home of the Steelers for at least the next 15 years.

Despite Steelers’ owner Art Rooney II leaving open the possibility of the ketchup bottles remaining, it’s clear that Kraft Heinz won’t have as public of a partnership with the Steelers moving forward. It’s the end of an era.

Still, Labriola hints that the company was given ample time and opportunity to figure out a deal with the Steelers before Rooney moved on to Acrisure.

“My sense is that The Kraft Heinz Company was given every opportunity to retain the naming rights, and the Steelers sought other alternatives only when it became clear there wasn’t a deal to be made there,” Labriola wrote in an answer to reader Terry Halden from Canada.

That seems to check out overall with what Rooney II said during the introductory press conference last week with Acrisure, and lines up with what Kraft Heinz stated in its press release following the announcement. Still, it’s rather painful to think that the Steelers gave the third-largest food and beverage in North American more than enough opportunities to come up with $10 million a year to retain the naming rights.

It’s worth mentioning Kraft Heinz has recorded more than $26 billion — that’s billion with a “b” — in total sales as of 2021.