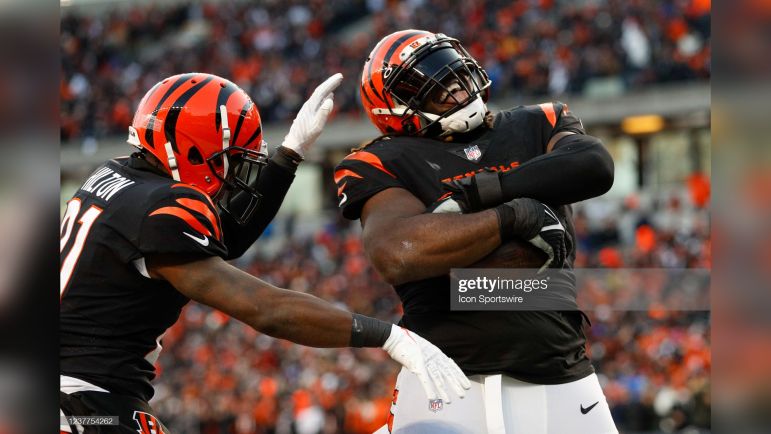 Believe it or not, but as a member of the Cleveland Browns in 2020 and of the Cincinnati Bengals in 2021, Larry Ogunjobi has experienced more playoff success than the Pittsburgh Steelers have collectively since 2011. He won one game in Cleveland and three in Cincinnati, while the Steelers have three postseason wins in the past 11 years. None since 2016.

And yet winning is treated differently in Pittsburgh. Here, it’s the expectation year after year. It may be that now with the Bengals and quarterback Joe Burrow, but even that is somewhat ephemeral before they prove they can deliver an encore.

Still, the point is, Ogunjobi arrives in Pittsburgh knowing just a little something of what it’s like to win, amazingly enough, having spent the entirety of his professional career in Ohio. And he expects to continue that with the Steelers.

“I think that’s the biggest goal, is just finding ways to win”, he told Pat Kirwan and Jim Miller on the Movin’ the Chains program on SiriusXM Radio on Wednesday. “This is a hard league to win in and everybody has a role to play, so you’re maximizing your role in the best way possible and just making your teammates better”.

That was a remark that he made in conversation about the jump that he took in his ‘splash play’ statistics last season in Cincinnati, with more sacks, more tackles for loss. He talked about how he was better able to make use of his athleticism in the Bengals’ defense, and how he came to appreciate that the best way he can contribute to a winning effort is by doing his part to the best of his abilities.

He has more than 8 million reasons to want to do that after losing out on a three-year contract worth over $40 million back in March over a failed physical. He ended up signing with the Steelers on a one-year, $8 million contract, but he’s playing for that big payday next offseason—whether that’s in Pittsburgh or somewhere else.

But as they say, winning gets everybody paid, and he would certainly like to win a playoff game with a third different team in as many years if he can help it. The Steelers would love that as well, considering how many on the current roster don’t even know what it’s like to experience a playoff victory.