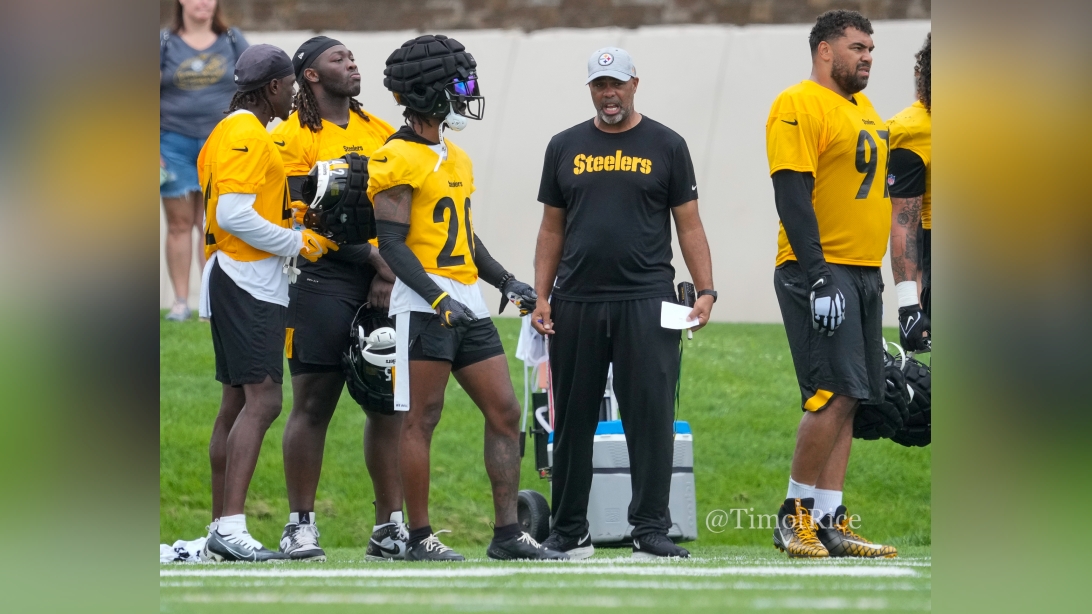 Amid all of the many changes the Pittsburgh Steelers have undergone this offseason—they even lost their giant ketchup bottles—one major change hasn’t really been talked about all that much, which is the change at defensive coordinator.

Of course, we know the reason why that is. Most people just assume that it’s head coach Mike Tomlin running the show. But while Keith Butler acknowledged on his way into retirement that Tomlin called most of the plays on game day, there’s still the weekly responsibility of designing and installing the defensive gameplan.

And now that Butler is gone, that job belongs to Teryl Austin, who has been with the team for the past couple of seasons as a senior defensive assistant. A former defensive coordinator himself, it is not an assignment that is new to him. And his players also appreciate that he is not new to them.

“TA coming in, he’s been great so far. I’m just thankful to have him as a defensive coordinator, and I know a lot of the guys are, because he’s been here the past few years, so everyone knows him”, third-year outside linebacker Alex Highsmith told reporters today, via the team’s website. “It’s been awesome to see him running the defense now”.

A Sharon native and Pittsburgh graduate, Austin has been at home with the Steelers in more ways than one. But exactly what his responsibilities are, or will be in the season, remain somewhat nebulous to those on the outside, and not without intention.

Back in June, speaking about his function, he told reporters that he would be a “coordinator who’s coordinating and putting things together”, but when asked about who would be in charge of running the defense in terms of play-calling, he said, “anything can happen on gameday”.

One of the philosophies that Tomlin has always preached within his coaching staff is that he doesn’t care where good ideas come from. If somebody has something to contribute and it’s deemed to be valuable, it will be used regardless of the status of the person who offered it.

That is how Austin envisions things going, speaking about “input from the staff”, but he also added that “the head coach comes in and adds what he wants to add and the things that he wants to see in his defense because it is his team. And then we go from there, and we build our defense”.

Then there’s the factor of Brian Flores, the team’s new senior defensive coordinator, who ran the Miami Dolphins’ defense as head coach for the past three seasons. What kind of imprint will he have on the unit? The reality is that we’re not going to get all the answers.