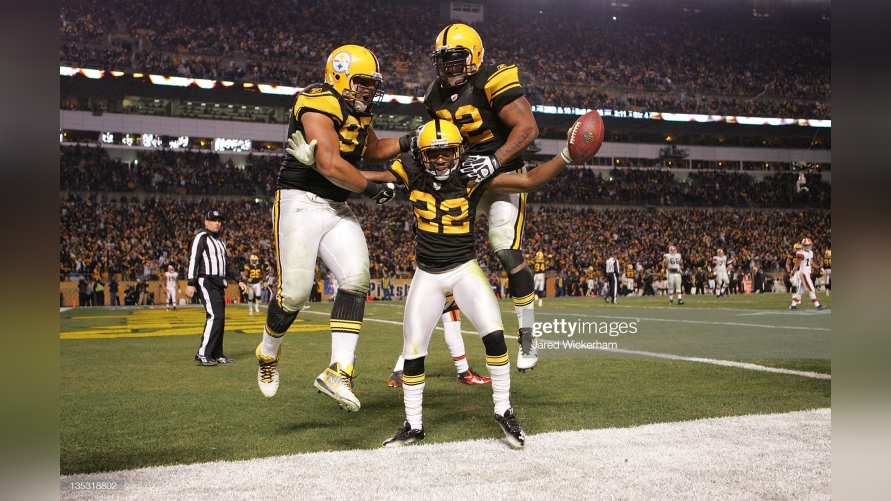 When people talk about the NFL being a trendy league, they’re usually referring to the on-field, schematic practicalities of the game, but when you get right down to it, it can apply to just about any facet of the business.

Right down to what we just witnessed this past week, during which something like half a dozen teams all just so happened to unveil new ‘alternate’ helmets that they would be wearing—almost all of them black, except for the Cincinnati Bengals, whose helmets already featured prominent black stripes over an orange base. Those black stripes will now be against a white base on their alternate helmets.

With all of this coming just on the eve of teams entering training camp, just before we all had something meaningful to talk about, the helmet reveals did gain a lot of traction, enough to get on some people’s nerves. One such person was Pittsburgh Steelers defensive lineman Cameron Heyward, who poked fun at the alternate black helmet trend, for reasons I probably don’t have to explain to anybody reading this.

As you know, the Steelers have almost always had black helmets. Actually, their iconic, unchanged black helmet with a one-sided ‘steel’ logo was not introduced until 1963, prior to which they sported mostly a variety of yellow helmets. The team has used those yellow helmets as part of throwback uniforms in the past, most recently in the 2011 season, Heyward’s rookie year. And it’s a look he’d like to see revived.

You know what, Cam? I’m completely on board with you. I think they were some of the best throwback uniforms in professional sports, personally. The Steelers first wore them in the 2007 season as part of their 75th-anniversary celebrations inspired by their 1960 uniforms, but they only lasted for those five seasons before switching to the ‘Bumblebees’. Now they where the new ‘color rush’ uniforms, which, while quite popular with fans, still aren’t quite as cool as the yellow helmets—so say me and Cam, who between us have five Pro Bowls under our belts.