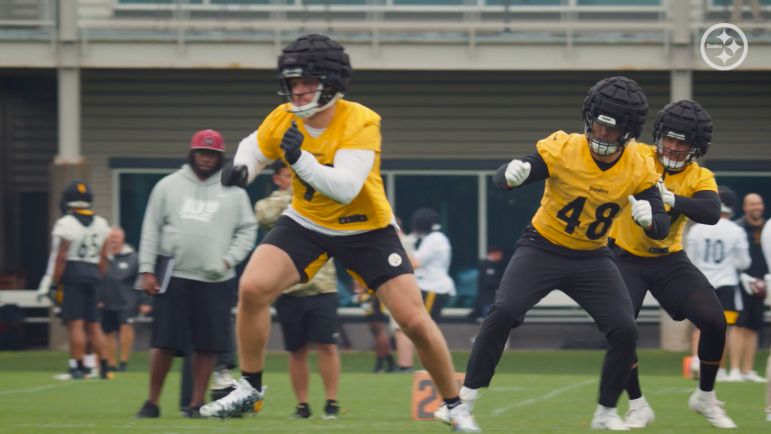 Up for Grabs: Backup

The Steelers have the best outside linebacker in the league in their starting lineup in T.J. Watt, and they have a young up-and-comer in Alex Highsmith who is already good but still has untapped potential remaining. But what do they have behind the starters?

Not as much as they did last year when they had Melvin Ingram to open training camp, that’s for sure. Pittsburgh signed Genard Avery early in the offseason, and he has largely been the favorite in the minds of fans to take that no. 3 spot, but others have suggested that it’s third-year Derrek Tuszka’s job to lose.

Avery was a fifth-round pick out of Memphis by the Cleveland Browns in 2018. He had 4.5 sacks as a rookie, but has only had three more since then, including only one sack in 358 snaps of playing time last year for the Philadelphia Eagles.

It’s a good thing he’s a better run defender than pass rusher, but obviously you want your top reserve outside linebacker to be able to be a threat to put pressure on the quarterback as well. We saw what a pass rush minus your starting edge defenders looked like last year.

As for Tuszka, a 2020 undrafted free agent, he was only picked up on the practice squad at the start of the season, but soon replaced 2021 camp darling Jamir Jones on the 53-man roster for special teams purposes. He took on a bigger role after Ingram was traded, ultimately playing 247 snaps. He did finish the season with two sacks, but if he’s your favorite to be your number three edge rusher, then you need to keep looking.

The only other options are a trio of former undrafted free agents, including two rookies. The most notable of the three is of course Tuzar Skipper, who was originally signed by the Steelers, and even made the initial 53-man roster before being cut prior to the season opener. But he’s back now, for the third time. Can he actually make the team and stick this year?