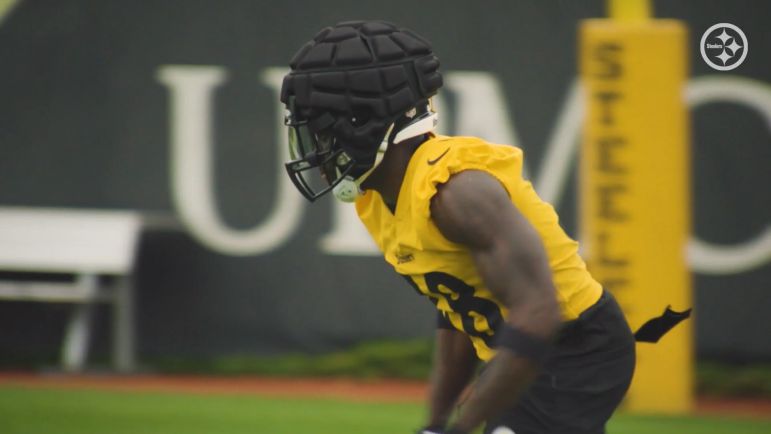 Reasoning: Since the Steelers re-signed Karl Joseph, who spent nearly all of last season on the practice squad, they also re-signed Terrell Edmunds, and then after the draft, they also added Damontae Kazee to the position group.

Surprisingly, I never got around to writing about Karl Joseph as it relates to the signing of veteran former starting safety Damontae Kazee, which occurred shortly after the 2022 NFL Draft. While the Steelers came out of the draft without having invested in any defensive backs, the addition of Kazee was rather significant as a player with 49 starts and more than 300 snaps under his belt.

That’s rather bad news for Joseph, the former first-round draft pick who seems to be trending toward permanent journeyman status at this point in his career. In fact, one would have to regard him as outside of the roster bubble right now.

The Steelers, of course, have Minkah Fitzpatrick and Edmunds at the top of the depth chart, with Kazee occupying the top reserve role. They also have second-year Tre Norwood, about whom they seem to have a lot of excitement, and there is also special teams ace Miles Killebrew, whom they re-signed on a two-year contract.

If it comes down to Killebrew and Joseph as the fifth safety to keep on the roster—and that’s assuming that they even keep five safeties, which might require that they only keep five defensive backs, ousting Justin Layne (or Arthur Maulet, or James Pierre)—Killebrew is going to win that showdown, because he will actually play on special teams. Joseph won’t see the field.

Joseph does have 49 stars over the course of his six-year career. Prior to last season, he never started fewer than eight games in a season, and has always started more than half of the games in which he played. He does have more than 3,000 snaps’ worth of experience.

But he’ll probably be looking for a new team after cutdowns. Since he is a vested veteran, who won’t go through the waiver wire. But considering he ended up signing to Pittsburgh’s practice squad last year after getting cut by the Las Vegas Raiders, I’m not betting that there will definitely be a team ready to sign him to their 53-man roster.