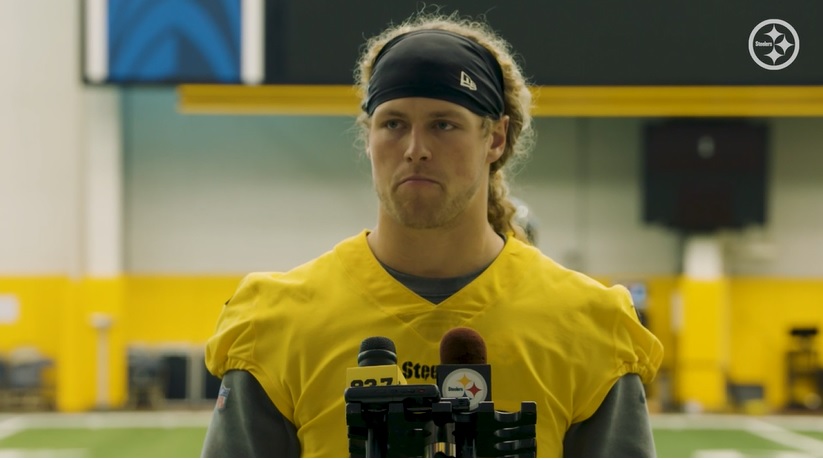 Reasoning: While the Steelers have added several veterans at OLB, none are locks to be the team’s backup pass rusher.

Unlike last year, there is no Melvin Ingram entrenched as the team’s #3 outside linebacker, at least for the time he was with the club. Genard Avery and Tuzar Skipper may offer more off the edge, but they’re not high-level backups and will have to work just to make the roster.

Where Tuszka can separate himself is on special teams. Avery offers little there and Skipper had a hard time gaining traction in his first stint with the club. Neither are going to present the value in Danny Smith’s clubhouse Tuszka will, logging nearly half the Steelers’ special teams snaps in games he played with the team. Tuszka shouldn’t be the team’s #3 but has good odds to make the club as the #4 outside linebacker. He won’t be asked to contribute much defensively but can run down kicks and punts at a serviceable level. It would be a stretch to call him a core special-teamer, that’s more reserved for the likes of Benny Snell and Marcus Allen, but he provides enough value to stick.

To his credit, Tuszka gained minor steam last season as an outside linebacker, passing up the high-pedigree Taco Charlton by season’s end. In Week 13, Tuszka played 15 snaps (20%) compared to Charlton’s 22 (30%). By Week 16, the roles were reversed with Tuszka at 22 snaps (32%) and Charlton 13 snaps (19%). Charlton wasn’t re-signed in the offseason and took a deal with the New Orleans Saints.

Tuszka’s has already reached his NFL ceiling. He won’t be a starter and shouldn’t be a #3. But he feels more “safe” than Avery or Skipper right now, who may be fighting for one spot while Tuszka slides into that final outside linebacker spot. Camp will truly determine the team’s pecking order, so it’s hard for anyone’s offseason stock to truly be “up” unless the team makes a roster move, but Tuszka feels in a better-than-you-think place heading into the summer.