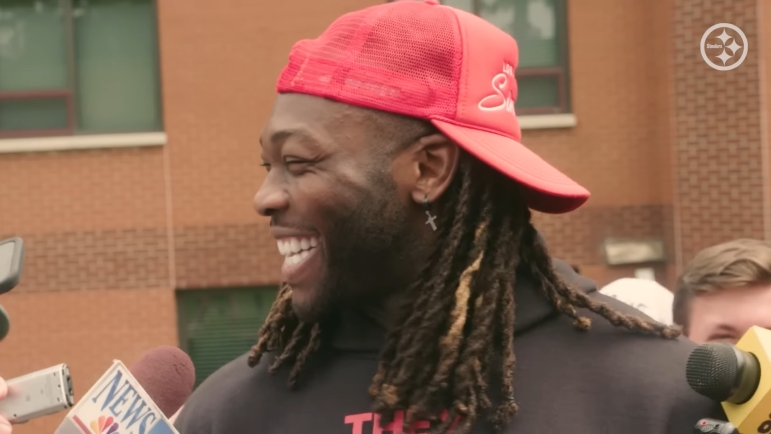 Reasoning: The Steelers’ big late free-agent acquisition is already a winner simply by virtue of the fact that he is not on the Active/Physically Unable to Perform List. While Ogunjobi is not prepared to be a full participant in practice following offseason foot surgery, his being eligible to practice, and even doing a bit of light work, is a very positive sign about his readiness for the start of the regular season.

It might not seem like much, especially now, but there was a genuine question as to whether or not Larry Ogunjobi would be able to avoid being placed on the Active/PUP List at the start of training camp, which would have been a concern regarding the health projection of his foot.

The Steelers only signed Ogunjobi because Stephon Tuitt retired. The sixth-year former Bengal and Brown actually had a big free-agent deal with the Chicago Bears wiped out back in March because they failed him on his physical due to his foot, so this injury isn’t some kind of joke. It’s serious.

Even the man himself had previously expressed some hesitance toward committing to being able to be physically healthy enough to be able to play by the time the regular season opens, but the level he’s currently at now is a positive step in that direction.

Of course, he’s not doing much right now, even if it’s slightly more than nothing, but the Steelers can more easily track and monitor him by being able to get him on the field. And the fact that they wanted to do that instead of put him on the Active/PUP List—thereby negating the opportunity to put him on the Reserve/PUP List when the regular season starts—is another indication in their confidence in the progress of his foot.

Which is a big deal, because they’re going to have to count upon him being a major contributor to the defense this year. Meanwhile, Tyson Alualu is on the Active/PUP List with some knee swelling, an issue that he said dates back to spring drills. Which doesn’t necessarily sound all that great.